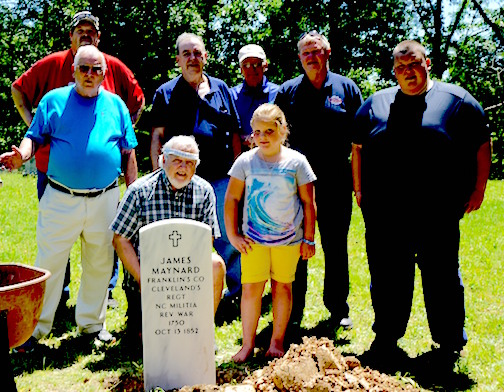 The Wayne County Genealogical & Historical Society is proud to announce the completion of their work in erecting a grave marker for Rev. War Soldier James Maynard.

James Maynard was born about 1750 and died in Wayne County, VA on October 13, 1852. Wayne County was then still a part of the State of Virginia.

The location of his burial site was discovered about three months ago by Ron Maynard and his son Bob. They are both members of our society and live at Fort Gay, WV. All of the many thousands of descendants of James Maynard should be very proud of these two men. 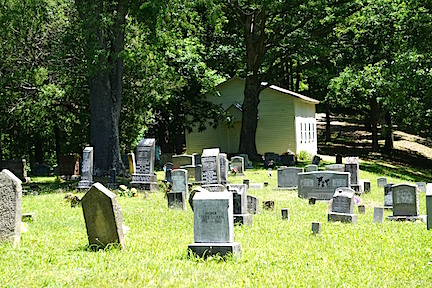 The marker was erected on June 18 of this year, after a length of planning. The location of the grave is in the Queen’s Ridge Cemetery, which is a difficult place to find, if you are not familiar with it’s location.

There were 33 persons in attendance and a great day was had by all. We joined together in a “brown bag” lunch, as there is no eating place within traveling distance of the location.

During and after the time of the erection of the monument, many of those attending enjoyed themselves in conversation and in searching through the many tombstones in the cemetery. 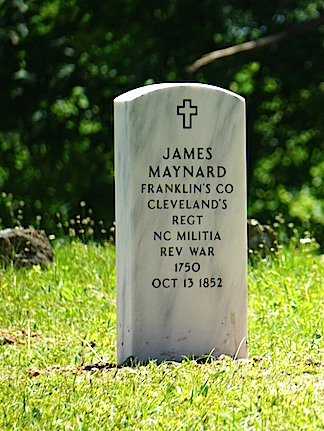 After the erection was completed, the Society had a formal meeting, as this was the day for our June quarterly meeting.

The Society is also pleased to announce that funs have been raised to erect a highway marker in honor of James Maynard.

This marker cost about $2000.00 and money has been raised through donations for it’s payment.

The marker has been ordered through the West Virginia Division of Archives and History. They inform us that it will take between three and four months for delivery of the sign.

We will post updates on our web site wcghs.com

We would also lie to announce that Ronnie Adkins has donated the remainder of his book on the John R. Ross family to the society. We are selling them at a reduced price of $50.  They are very limited and when they are sold, there will be no more, so you need to order now.