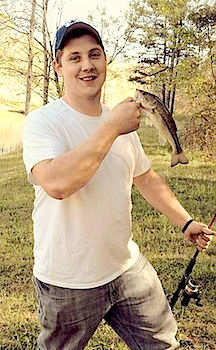 WEBBVILLE, Ky. — A local man was killed after a vehicle that he was working on accidentally fell on him near Webbville Saturday morning at around 8:00 A.M.

According to a release, Ferguson was trapped underneath the car and was pronounced dead on the scene due to the injuries he sustained.

Josh was a resident of Blaine, Kentucky all of his life and was the son of David Michael & Tina Ferguson.

He worked as a mechanic at Louisa Tire & Auto. The entire community is mourning the loss of this young man and prayers continue to pour out as the news spreads.

The accident is being investigated by the Lawrence County Sheriff’s Department.