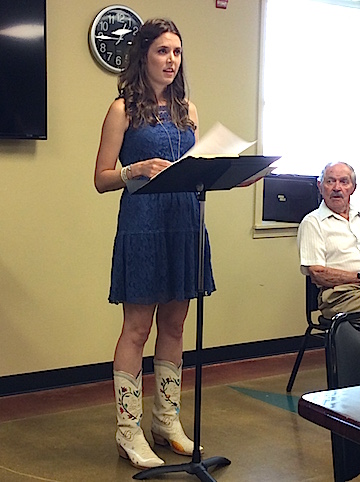 There was not a scheduled speaker at this meeting as the club focused on the upcoming annual Rotary Auction. Donation cards were passed out to each of the member’s to take to the local buisnesses. Broadcasting the auction was a topic of concern, as there are new ways such as “facebook live” to get the auction out to more people. The club is excited to start this year’s auction to be able to help fund scholarships and other projects in the community.

To end the weekly meeting, the announcement was made that the meeting on July 28thwill be held at Lawrence Co. Park in order for everyone to see where the club’s money was well spent to make the Park such a success. At this time the meeting was adjorned.