CITY COUNCIL, MAYOR AGREE TO ‘LIGHTS OUT’ AT PARK AT NIGHT

City has $25,000 in delinquent tax bills due, second notice to be sent… 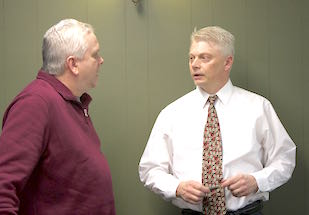 The meeting began with approval and discussion of old business, including the second reading of the Ordinance to Establish the Meeting Date and time for the Louisa Public Utilities Board.

For New Business, the City approved the Adoption of the Updated FIVCO hazard mitigation plan, which Mayor Slone explained, the city must have one on file to be eligible for FEMA assistance in the event of a disaster. 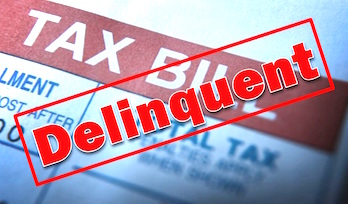 Discussion was made on the issue of delinquent city property tax. City Clerk, Kathy Compton,  provided details of the City’s outstanding unpaid tax bills. Totals for the past 2 tax years were nearly $25,000 in unpaid taxes.

Lengthy discussion of the delinquent tax issue was determined that a delinquent tax letter be sent as a first step, as Council and Compton estimate that a large amount of the outstanding amounts were just overlooked and could be paid with a reminder.

The city will take further enforcement action as necessary pending results of the delinquency letters.

Council also discussed the fact that some residents of Lock avenue near Lockview Park are complaining of park patrons being in the park at late hours of the night causing an alleged noise problem, mostly basketballs bouncing and some yelling and fighting.

Council Member Ronald Cordle said “ I think we need to try to address this issue with less impact as possible.”

Police Chief Greg Fugitt, advised that “most of the late hour patrons of the Park are there to use the free wifi from the pool and charge their phones at the shelter”.

A park closing time was discussed, which would require an ordinance.

However, as a first step it was determined that the lights and power at the park shelter and city pool wifi would be shut off at a specified time.

“Council discussed the issue and agreed that we turn off electric at all shelters and Internet from the pool by timer from 12:00am – 8am during the summer Memorial Day to Labor Day,  and 10:00pm-9:00am in winter months,” Mayor Slone said. ” The new park sign going up soon will have the hours of operation and rules of conduct on it.”

Slone said the council hopes these steps will make the park less desirable to stay there into the early hours of the morning. Council will re-assess the issue at a later date to determine if further action is needed.

Mayor Slone also discussed some street issues that the city needs to address at some point, Including severe flooding on Grant St. as well as a cave-in on Pike Street, near the intersection of Rice St.

Slone said city maintenance workers think they can redo the drainage system on Grant St., using city employees and resources, which would cost significantly less than hiring an outside contractor.

However, he also advised that the Pike Street cave-in, was on a scale too large for the equipment the city owns, and would likely need to be contracted out.