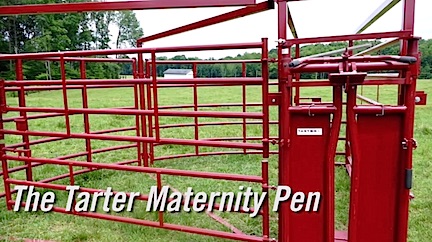 Factories such as Tarter Industries are having problems meeting current production needs because of a critical shortage of workers. And, expansion plans for 2017 may have to be put on hold if workers cannot be found, said Travis Cox, vice president and general manager for Tarter Industries.

“Lack of workers is now my No. 1 inhibiting growth factor, bar none,” said Cox. “My last shortage report shows we are about 75-80 people under full budget head count. That’s just trying to keep up, not growing and expanding.”

Cox said TI is aggressively searching within two counties on each side of Casey County to try and attract workers.

“Tarter announced in March new starting pay would be $10.10 an hour. Nobody in the company would make less than $10.10 an hour,” he said.

In addition, Cox said the company has “poured a ton of money” into health plans to make health insurance more affordable as well as upping vacation days and holidays to try and give workers more time off.

Cox said both unskilled and skilled workers are needed.

“I’ve got so much work that doesn’t require any permanent skill. For unskilled workers, I’ll teach you what I need you to do if you’ll just come to work and pass a drug test. We’re failing about four of every 10 workers on pre-employment drug screens.”

Of the six remaining workers who apply, only one will still be on the job after a few weeks.

Cox said what he asks of potential workers — especially younger workers — is not complicated.

“I went to every vocational school last year in all the surrounding counties. I told those seniors if you can pass a drug test, and you’ll come to work every day, and you’ll work when you’re there, I’ll guarantee you a job for life.”

According to Cox, one problem affecting a lack of workers is young people wanting to start at a higher level and salary than warranted for the work.

“A lot of them are looking for a desk job or looking for us to give them a truck so they can drive around and supply people. We have a workforce that’s coming in that’s used to living at a very high standard of living so a lot of these kids coming in have a standard of living with their parents they can’t afford themselves if they come out and start at a workplace job. You offer somebody $35,000 a year and they can’t live like they’re accustomed to living like they did with their parents.”

Darryl McGaha, director for workforce development with the Lake Cumberland Area Development District in Russell Springs, said his office is aware of the shortage of workers.

“Right now in the 13 counties with which I work, there’s about 42 percent of the people up to age 65 that are not working in the workforce. What we’re trying to do is find out who makes up that 42 percent. Unfortunately, that’s not been as easy as I thought it might be but we’re still working on it,” said McGaha.

If that 42 percent, or 80,000 people can be identified, then hopefully a small percentage can be lured back into the workforce.

“If we could find 5 percent, which is about as conservative as you can get, that’s 4,000 workers. That would go a long way to meet a lot of these companies’ needs,” he said.

One possible source of workers for factories could possibly come from veterans.

“What can we do to entice veterans because Fort Knox is the transition center. Every veteran coming out of the U.S. Army, they all go to Fort Knox. So what can we do to bring them to our part of the state? There may be some good old country boys who don’t want to live and work in Louisville.”

Another possible source of workers might be first time offenders.

“We don’t want them to become second-or-third time offenders. How can we work with them? The justice cabinet is willing to work with us so we’ve got to put this together.”

Once new workers are identified and hired, they have to be trained.

Toward that end, Tarter is building a new training facility next to its corporate offices in Dunnville.

“One half of the building is for an expanded human resource department. I have hired recruiters to work on my staff in addition to using staffing agencies and employment services. I’ve also hired additional trainers to train people in job skills or supervisory skills or whatever skills we need,” Cox said.

The other half of the building will be dedicated as training and conference rooms, in addition to being used to demonstrate new products and train dealers concerning the products.

Still, Cox said the clock is ticking for industries like TI.