In the midst of the storm… 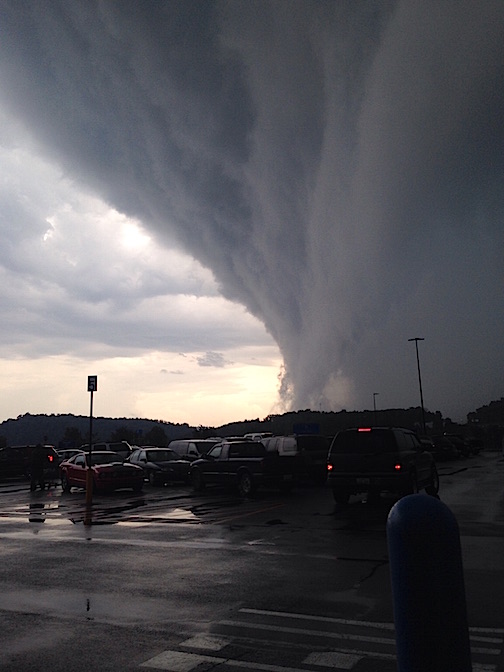 Lawrence County Judge/Executive John Osborne declared a State of Emergency for the second time in as many weeks after a quick hitter storm ( possiblesmall tornado) hit the Wal-Mart shopping Center in Louisa turning over vehicles and severely damaging the store itseld which had dozens of customers inside.

“We were very lucky as we only had a few minor injuries from this storm and everything destroyed can be rebuilt.,” Lawrence County DES Mike Woods said this morning.”The worst impact from the storm may end up being those employed by Wal-Mart, as that store did sustain some serious damage. Let’s pray that it won’t be a long impact.” 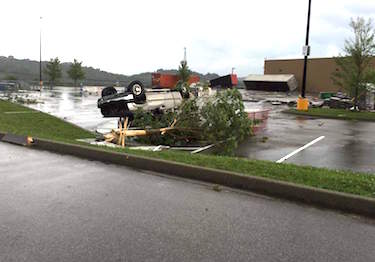 The storm struck at approximtely 3:30 pm and two hours later electrical service was lost in the town for about 30 minutes.

The Louisa FD, Louisa Police Department, Lawrence County E-911, Netcare Ambulance Lawrence Co. and Lawrence county Sheriffs office responded during the immediate aftermath of the storm. These individuals were swamped and stretched to their limits but performed great in a true disaster once again, Woods said. 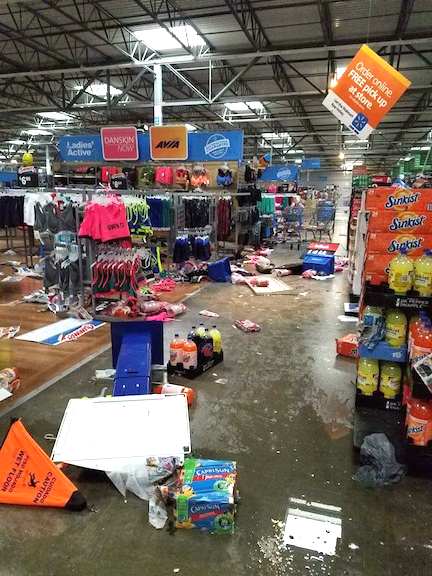 “A big thank you to Wendys of Louisa, Hardee’s, Giovanni’s Pizza of Louisa and Burger King for their donations of food tonight for the emergency responders. Thank you so much. I would also like to thank the individuals that helped purchase water at Three Rivers Food Mart for the responders it was appreciated, EWoods said

Initial Rapid Needs Assessments have been completed and submitted to the State of Kentucky and we will be continuing damage assessments tomorrow. The National Weather Service should have a survey team in the area tomorrow to examine damage and verify the tornado status.

Members of the National Weather Service will likely make their way to Louisa, Kentucky, Tuesday to determine if Monday’s storm, which injured five and inflicted extensive wind damage to Walmart, was the result of a tornado, according to WKYT.

Management at the store did not answer the phone today for questions about the re-opening time but WSAZ said yesterday the store will be inspected for damages before it resumes business. 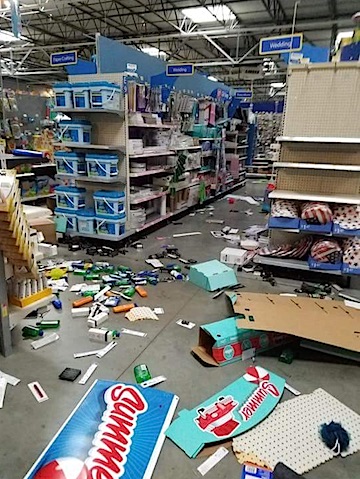 Kentucky Power is working to restore service to customers after strong thunderstorms, winds and unconfirmed tornadoes moved through Kentucky Power’s service territory on Monday, leaving as many as 5,900 without service.

Forecasts call for a continued chance of thunderstorms on Tuesday that could produce torrential rainfall and may lead to isolated instances of flash flooding in the region.

Kentucky Power has requested 40 outside mutual assistance workers to assist employees and contractors in restoring outages. Crews are working to replace multiple broken poles and spans of down wire across the service territory.

As of 9 a.m. Tuesday, power had been restored to about half the 5,900 Kentucky Power customers who had lost power at the height of the storm Monday night. About 2,800 customers remain without electricity. Counties with more than 100 customers remaining without service include Breathitt (111), Floyd (689), Knott (303), Lawrence (390), Leslie (331), Perry (331), and Pike (675). Additional scattered outages affecting fewer than 100 customers are scattered across other counties and in more isolated areas. South Williamson and Paintsville area customers should have service by 6 p.m. Tuesday. Customers served by the Ashland District should have 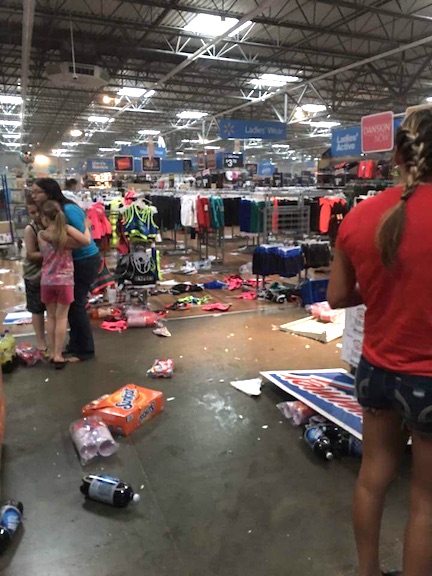 service restored by midnight Tuesday, while other customers served by the Pikeville District and the Hazard Districts should have service by midnight Wednesday.

A snapshot view of current outages affecting 100 customers or more is available anytime at www.kentuckypower.com. Outages affected fewer than 100 customers do not appear on the map but will be addressed as soon as possible. Go to the Outages and Problems section of the site and click “View Outage Map.” Customers can report outages online or to our Customer Solutions Center at 1-800-572-1113.

This update provides a broad overview of the company’s restoration efforts. Customers can get specific information about the outages affecting their accounts via text message and/or email by subscribing to Kentucky Power outage alerts. To sign up, please visit www.kentuckypower.com/alerts. Information also is posted on Facebook at https://www.facebook.com/KentuckyPower. 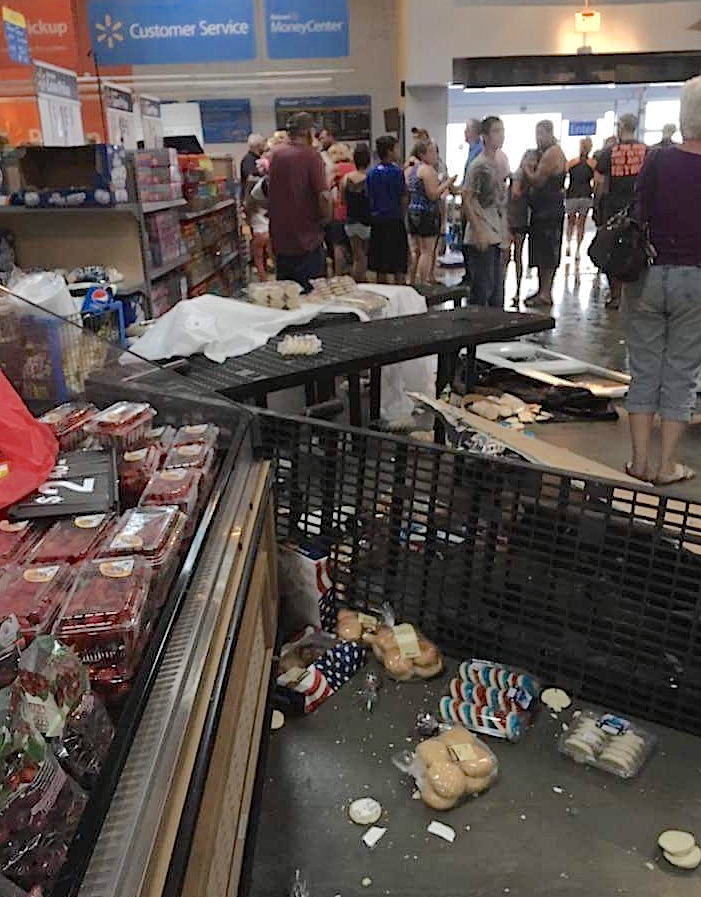