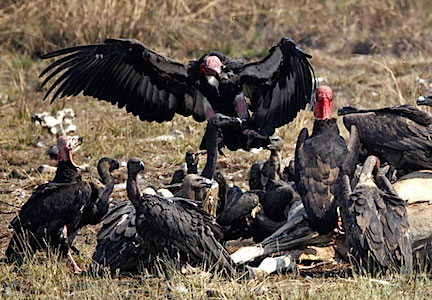 A Casey County farmer said he lost six head of cattle last week after buzzards attacked and killed them.

“I had never seen so many. There were literally hundreds of them,” said Charles Derringer, a former county magistrate.

He believes the buzzards killed three heifers and three bulls, ranging in weight from 300 to 450 pounds each, on his farm on Neff Road and Scotts Chapel Road off Ky. Route 1547 about 12 miles west of Liberty.

The loss happened Thursday and Friday over a course of about a day’s time. He discovered one of the calves 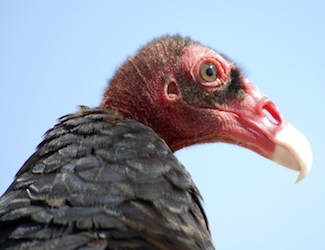 had been attacked, then later found five others dead.

He shot at the buzzards several times trying to drive them away. The gunfire drove them to nearby woods, but they soon returned, circling overhead and making big dives to try to get to the carcass.

Derringer runs about 40 head of cattle and says the six Angus-Charolais mix calves were some he had raised from babies and was preparing to sell. “They were a load that I was getting ready to take off.”

He described the birds as red-headed buzzards, which County Extension Agent Will Stallard said are considered far less aggressive than black-headed vultures. Stallard said vultures sometimes attack calves during the winter or calving process. He has not heard of any recent incidents in the county.

LOUISA PHYSICIAN BUSTED BY MEDICAL BOARD OVER SUBOXONE