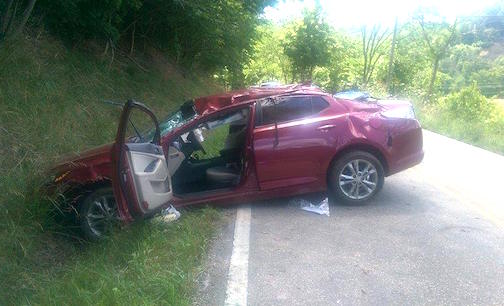 Blaine Volunteer Fire Department and Netcare Ambulance Lawrence Co. responded to a one vehicle roll over on KY 32 near the Community Market near Blaine at approximately 11:00am this morning (Thursday).

Anthony Martin, 43, was on his way home from working a double shift at the Little Sandy Fed. Prison Complex when he fell asleep at the wheel and wrecked his late model KIA sedan. He was travelling eastward when the accident took place.

When emergency personnel arreived he was awake and talking coherently according to Sheriff’s deputies Chuck Jackson and Mark Wheeler who  responded first. The ambulance and fire trucks from Louisa and Blaine also responded to the scene. 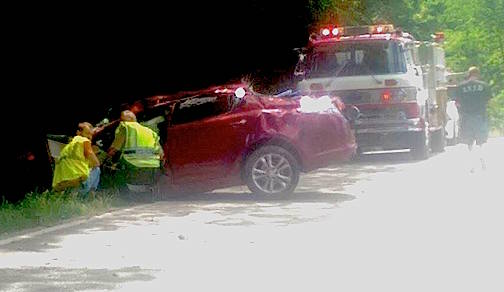 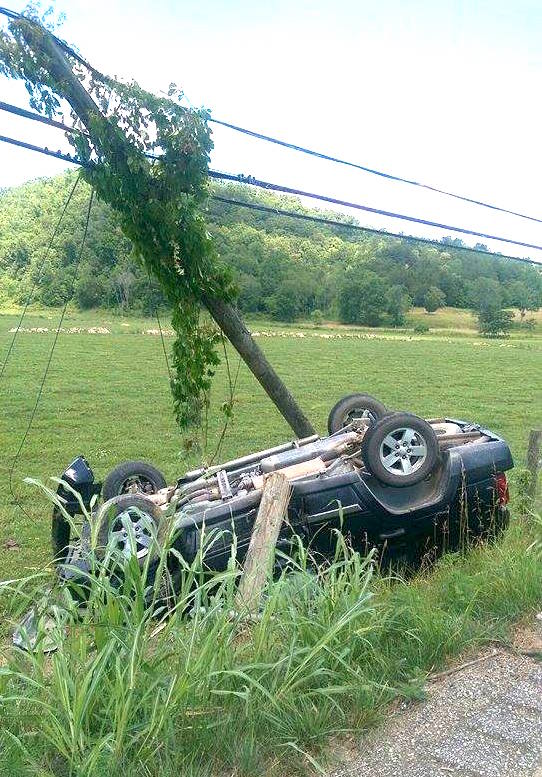 James Bowen, 20 lost control and rolled his SUV while traveling east on Rt. 32 in a single car accident. Bowen appeared to be uninjured but was transported to TRMC by NetCare for precautionary reasons because of the serious nature of the accident.

The SUV rolled over at least twice, knocked down a power pole and landed on its top.

“I couldn’t get close enough for a better photo because of the “zonkie” (a donkey mixed with a zebra)…and that’s the truth,” said Lazer reporter Tane’ Woods.

Blaine VFD responded to BOTH accidents.