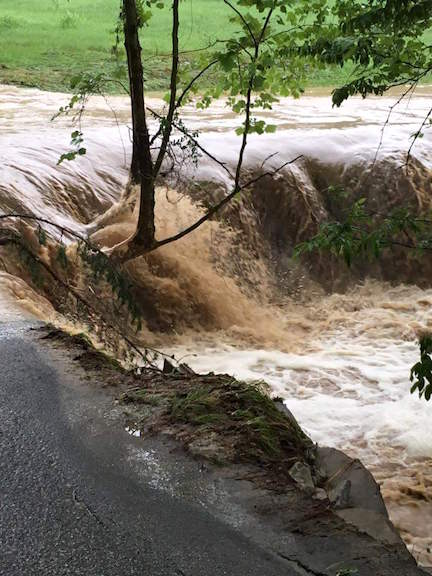 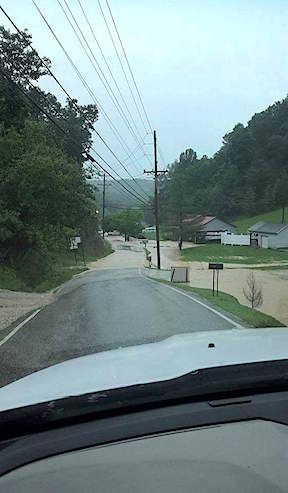 Lawrence County Emergency Management released a damage report after the latest storms that ravaged Lawrence County and bordering West Virginia- and it doesn’t look good. But as terrible as our community was hit, it pales in comparison to the majority of counties in West Virginia where 24 deaths have now been reported with officials worrying that that number could rise due to the extreme flooding.

“…Due to the storms that impacted both the City of Louisa and Lawrence County from Tuesday through Thursday we declared a State of Emergency late last night for the entire county. By doing so this allows Federal funding to become available to our county in the event both the county and state meet the requirements of a Federal Declaration.”

“I’ve spent the day performing damage assessments across the county and have submitted our initial damage assessment report to the state. I will be submitting additional required paperwork this weekend to the Kentucky Office of Emergency Management. If the minimums are met then another round of assessments will take place to verify what I have found, and to further determine if enough damage was caused to warrant a Federal Declaration. This process will take several days and I’ll continue to provide additional updates throughout the process.” 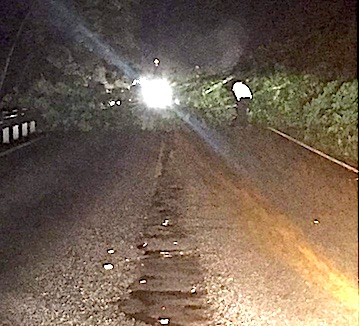 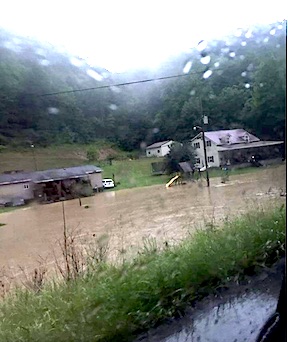 The initial official damage reports for the City of Louisa and Lawrence County have now been completed and submitted to the State Emergency Operations Center in Frankfort.

“We are still gathering information of additional damage received within the county,” Lawrence Co. EM director Mike Woods said.. “So far we’ve had over 75 roads reported damaged, 30 homes or entrances to homes damaged and several vehicles.”

“Lawrence County Emergency Management  would like to thank each of the following agencies and groups for their assistance during the storms:

“Now we will wait to see if the State of Kentucky had enough total damage to qualify for possible federal assistance. If the state reaches their minimums they will then proceed with trying to get a federal declaration which will then result in joint damage assessments being performed in each county to verify damage,” Woods said. “Once the damage is verified then FEMA would make the decision on the state being declared and the status of each county. If the state and county qualify then FEMA would come in and give residence an opportunity to apply for assistance. FEMA could also just approve assistance for the government agencies to repair county roads and building damaged but not assistance for the residential damage. We will just have to wait and see if we qualify and hope that we will get assistance for the individuals impacted.”

If you have damage and still haven’t notified anyone, you can still notify LCEM, messages them via Facebook, call or text at 6066245787 or email them at lawcokyem@gmail.com.

The following pictures are of damage in Lawrence County: 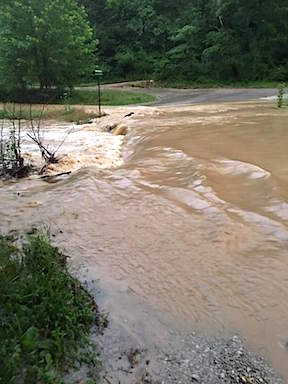 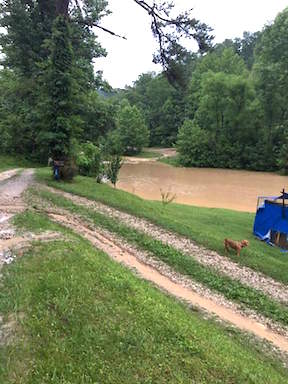 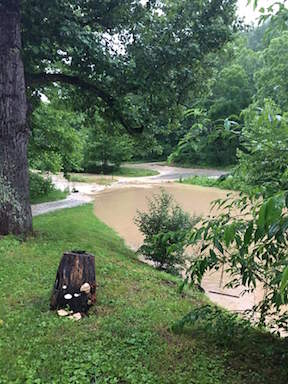