GM to invest $290 million in Corvette Plant in Bowling Green

“GM has a long tradition of commitment to southcentral Kentucky and to producing, in Warren County, the finest sports cars in America,” said Bevin. “This benefits our entire state, both as a source of pride and as a tremendous contributor to our economy.

“For 35 years, the Bowling Green Assembly Plant has provided jobs to thousands of Kentuckians and to hundreds of suppliers and vendors. We congratulate GM and offer our commitment to lending them support for this project and any others they may undertake in the future,” continued Gov. Bevin. 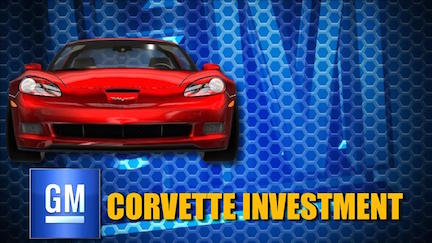 The $290 million includes a $153 million new project aimed at improving vehicle assembly line processes. Two ongoing projects at the Warren County plant – a $44 million, 36-job capacity expansion of the Performance Build Center and a $439 million investment in a new paint shop and other facility upgrades – increased by about $137 million.

To encourage the investment and job growth in Bowling Green, the Kentucky Economic Development Finance Authority (KEDFA) in a special meeting in June preliminarily approved GM for up to $3 million in tax incentives through the Kentucky Business Investment (KBI) program. The incentives are based on eligible company investments of up to $153 million and creation of up to 270 jobs over 10 years.

KBI’s performance-based incentive allows a company to keep a portion of its investment over the agreement term through corporate income tax credits and wage assessments by meeting job and investment targets.

Sen. Mike Wilson, of Bowling Green, noted the impact the announcement will make on one of the state’s target industries.

“GM’s latest investment in the Bowling Green Assembly Plant, coming in a succession of upgrades, expansions and enhancements the last several years, adds to an already tremendous and ongoing economic impact,” Sen. Wilson said. “When you consider the company’s direct investment and jobs, along with those of dozens of automotive suppliers it has attracted to Kentucky, it’s difficult to overstate just how important GM and its continuing commitment is to the Commonwealth.”

“I want to thank and congratulate General Motors for its ongoing commitment to Kentucky and the Bowling Green Assembly Plant,” Rep. Richards said. “Investments such as this $290 million in upgrades announced today not only improve the Corvette’s iconic status but also enable the company to provide stable, well-paying jobs for Kentuckians and add economic momentum to our state.”

“This latest investment by General Motors, a company that has maintained a leading presence among manufacturers in Kentucky for decades, will continue improving the Bowling Green Assembly Plant. As well, it will help keep Kentucky among the top auto-manufacturing states in the country,” he said. “I thank for GM for reinvesting in its Bowling Green Assembly Plant and its premier sports car.”

“Across 35 years of production in Bowling Green, the world’s automotive industry and enthusiast culture have come to recognize Kentucky as home of the Corvette,” DeCesare said. “Announcements like this $290 million investment reaffirm GM’s confidence in the region and in the state.”

“GM has grown to employ over 900 South Central Kentucky residents. The continued investment in the plant and our community is instrumental in shaping the automotive industry in our region,” he said. “We appreciate GM’s support and commitment to our local economy and we look forward to Corvette’s continued success in Bowling Green.”

Bowling Green Mayor Bruce Wilkerson said the world recognizes the city most notably as home of the Corvette.

“I congratulate GM and all employees at the Bowling Green Assembly Plant for their continued growth and success. Bowling Green is proud to be the home of America’s sports car,” he said.

GM began Corvette production at the Bowling Green plant in 1981. The facility has remained the exclusive home of the Corvette ever since. With more than 1.6 million produced since 1954 and international recognition as America’s sports car, the Corvette is the world’s longest-running, continuously produced passenger car.

In 2015 Corvette sales reached 36,000 and the plant welcomed more than 50,000 visitors from around the world for public tours.