My latest sun is sinking fast; my race is nearly run.
My strongest trials now are past; my triumph has begun.
Oh, come, Angel Band! Come, and, around me stand!
Oh, bear me away on your snow-white wings, to my immortal home. 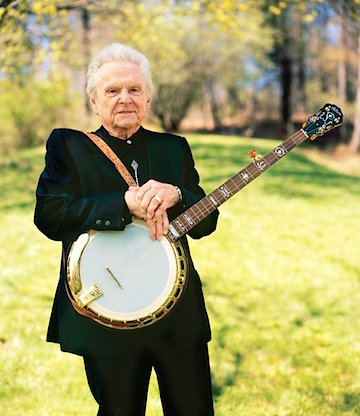 Ralph Stanley, whose clawhammer banjo picking and high-lonesome singing helped create a distinctive genre of American music in which he was an icon for seven decades, died today at the age of 89 after a long fight with skin cancer. “His musical importance cannot be overemphasized,” writes John Curtis Goad of Bluegrass Today.

Stanley and his brother Carter, a guitar player, helped pioneer bluegrass in the 1940s, but he preferred to call it “mountain music,” having come from Southwest Virginia, not Kentucky, the home of Bill Monroe, whose native-state name stuck commercially. But the Stanley Brothers and their “Clinch Mountain sound,” drawn partly from their Primitive Baptist upbringing, were just as important to the genre as Monroe, writes Jana Pendragon of AllMusic.

When Carter Stanley died at 41 in 1966, his shy brother considered giving up performing, but he revived the Clinch Mountain Boys. The band remained a staple of bluegrass, and “helped launch the careers of such country and bluegrass stars as Larry Sparks, Ricky Skaggs and the late Keith Whitley,” notes Terence McArdle in an excellent obituary for The Washington Post. For a comprehensive obituary from The Associated Press, click here.

In 2000, Stanley’s a cappella, Primitive Baptist version of “O Death” in the film O Brother Where Art Thou “(a new cut of a song he had originally recorded as part of the Stanley Brothers), brought his music to an entirely new audience,” with a soundtrack that sold 6 million copies, Joad notes. The performance won him a Grammy for best male country vocal, and that and the film “put the icing on the cake for me. It put me in a different category,” Stanley told Don Harrison for Virginia Living magazine.

Stanley was not known as a writer, but was a favored interpreter and popularizer of classic folk and Appalachian songs, such as “Man of Constant Sorrow” and this other song of farewell, by his Southwest Virginia neighbors, the Carter Family: 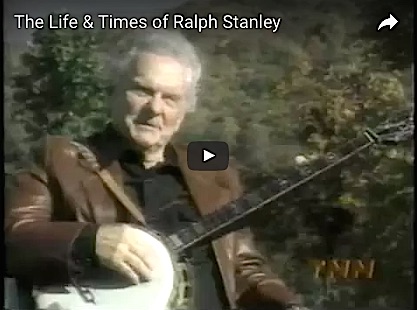