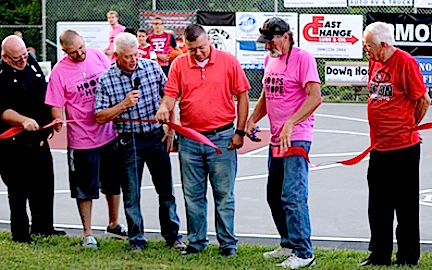 Louisa, Ky. —  Lockview Park was the place to be over the weekend as the Hoops for Hope basketball tournament was played on the new refurbished court. The tournament had four different divisions with the adult version having twelve teams from all over the tri state area. 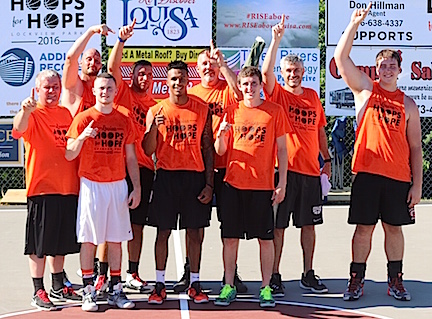 Opening ceremony was Friday as the city came together for the ribbon cutting before the youth tournament on Friday night. Local leaders and other special guest were on hand.

Fastbreak a local team made up of mostly guys from Louisa took home the championship going 5-0 in the 12 team double elimination tournament. Team from Johnson County came in second and another local team from Louisa finished third.

The tourney was deemed a huge success by all involved. Had folks come to play/watch basketball in Louisa from all over the place. Louisville, Morehead, Grayson, Olive Hill, Ashland, Greenup Co. Charleston, Nitro, Huntington, New Jersey, Inez, Fort Gay, Crum, Wayne, Paintsville, Prestonsburg, Pikeville, Salyersville, and Elliott Co. We had 1 player who recently played professionally in Germany and one who currently plays professionally in Peru. We also had approximately 25+ current or former college players participate.

24 LOGO SHOTS were made during the entire weekend.

There was a total of $3,050 for drug addiction treatment raised on the logo shots. This will be split between three rehab companies…. Odyssey, Lifehouse, and Newness of Life. In addition to the LOGO SHOT donations, the banners hanging on the fence paid for the new fence ($4,000). So this was a great weekend all the way around. Kids will be able to play basketball without losing all their basketballs in the river and people will be able to access/continue drug treatment who otherwise couldn’t afford it.

In Memory of Elias “Boo” Moore

In Memory of Paul Ward 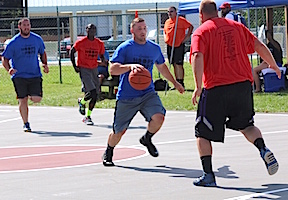 ” …Totally mindblown at the amount of support from not only Louisa, but the entire Tri-State area. I want to thank all the donors, sponsors, players, refs, fans, and anyone else who was involved in making this event such a success. And most importantly, I want to thank God for His unconditional love and the miracle of sobriety that He has performed in my life. Thank you from the bottom of my heart.” 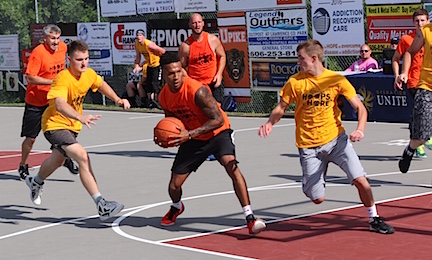