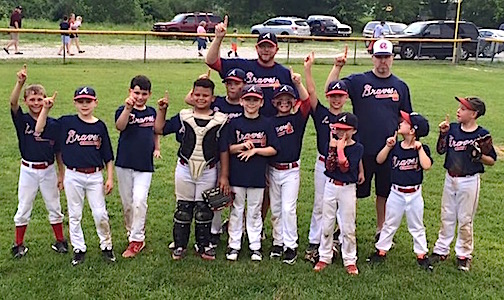 Louisa, Ky The Cal Ripken baseball league came to an end last week at Stella Moore. What a fantastic year they had in Major and Minor League. So many close games in both divisions and the teams got better as the season went on and that is what counts.

The Major League Braves swept the regular season and the tournament. They went undefeated in the end of season tournament taking out the Tigers in the title game.

In the Minor league division it was the Braves sweeping both regular season and tournament with the Tigers finishing second in both.