SPURLOCK — A Floyd County coal mining company will close this year and 203 employees will lose their jobs. 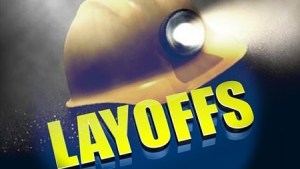 The Kentucky Office of Employment and Training reported that Spurlock Mining LLC will close and lay off approximately 203 workers.

The closure is expected to take place on Aug. 7 or within two weeks after that date. All layoffs will be permanent, the letter said.

A company official reported, however, on June 14, that the WARN notice affects 203 employees in the company’s underground mines. The surface mine on Garth Hollow, also known as the Blackhawk 4 Surface Mine, will remain in operation, employing about 50 people, and there are no immediate plans to idle that facility, he said. The official, who requested not to be quoted specifically because the company generally offers no public comment about mine closures, reported Blackhawk temporarily idled the Spurlock Complex in December with plans to reopen, but those plans did not materialize.

Hale called the closure a “bad situation,” noting the mining company is one of few coal companies still operating in the county.

“They were the biggest employer in the county as far as coal goes,” Hale said. “We’ve got a couple of smaller ones trying to keep going. That is one hard lick and it’s a hard lick on those families…It’s disheartening to see people lose their livelihoods, their way of life that they’ve known.”

Hale joined other county judges from Eastern Kentucky in Frankfort this year as part of an effort to bring all coal severance funding back to coal-producing counties.

In talking about the Spurlock Mine closure, however, Hale said the focus should be on the families of those who will lose their jobs.

“I feel for them and I’m praying for them right now because this is a difficult time in their lives,” he said. “You can talk about what a mine closure does county-wide, with fewer coal severance funds coming into the county, but it boils down to those individual who lost jobs, and they were good-paying jobs.”

Trina Allen, the office manager for the Kentucky Career Center in Prestonsburg, said her office hosted a meeting at Spurlock Mining on June 10 to tell employees who will lose their job about the WARN process and offer information about programs that could help them get retrained to work in other fields. The employees will be paid during the 60-day WARN timeframe and can register to receive unemployment benefits, if they qualify, after that time.

“They should take this time and use it wisely,” Allen said, “not only to look for other work, but, to see if there is anything else they are interested in retraining in.”

Her office hosted the meetings to help the employees understand what they can expect.

“The unknown,” she said, “is sometimes what’s so very scary.”

Spurlock Mining is owned by Lexington-based Blackhawk Mining. The company was formed in 2010 with the acquisition of the Spurlock Complex in Floyd County from the bankrupted Black Diamond Mining Company and it produced more than one million tons of coal in its first year. Blackhawk purchased other bankrupt coal companies, like Patriot Coal, last year.

Blackhawk, which expanded to employ more than 3,000 people in three states, announced the planned shutdowns of several coal mines in Central Appalachia in February. In January, it sent WARN notices to nearly 150 employees of West Virginia mines it owns. At the time, its 2016 production forecast was 16 million tons, approximately six million tons more than was mined in 2015, but company has been adversely affected by “soft market conditions” in the industry.

The Kentucky Energy and Environment Cabinet released its quarterly coal report in April, showing that coal production in Eastern Kentucky fell to its lowest rate since 1917 and rate of coal mining employment fell to its lowest rate since 1898. Floyd County coal production fell by 68.4 percent and 241 coal jobs were lost, representing an employment decline of 69.7 percent in the industry.