Local, state and national police agencies on the lookout for Smallwood 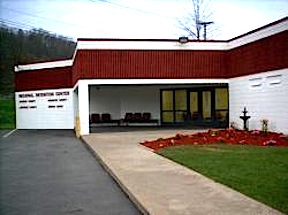 PAINTSVILLE, Ky. — An inmate who escaped from the Big Sandy Detention Center last night is still on the loose according to BSRDC administrator F.D. “Pete” Fitzpartick.

“We have him listed on the NCIC all over the nation and state police and local sheriff’s departments are also on the lookout for him, but we haven’t captured him yet,” Fitzpatrick said.

David Smallwood, 46, of Nicholasville, Ky. escaped custody after assuming the identity of another inmate who was scheduled to be released yesterday, Fitzpatrick said. “He just slipped by on us, that’s all you can say. He doesn’t look anything like the prisoner he exchanged clothing with, but he pulled it off.”

The facility was put on lockdown 20 minutes after Smallwood was released.

Smallwood apparently went to the home of his girlfriend in Paintsville and changed clothes from the ones he got from the other inmate before heading out again. Fitzpatrick said. “We don’t know for sure where he went but we have reason to believe he will try to go back home to Nicholasville.”

Smallwood was in jail on 4th degree assault and domestic violence charges as well as two separate Failure to Appear charges.

Fitzpatrick said there was no evidence of collusion between Smallwood and the man he changed places with, Michael Andrew Gibson, 31, from Gallipolis, Ohio.