Kentucky’s average life expectancy is 76; can vary up to nine years depending on geography 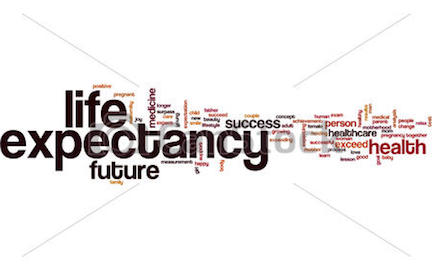 A life lived in Kentucky is expected to vary up to nine years in length depending on the county in which it’s spent.

A life lived in Kentucky is expected to vary up to nine years in length depending on the county in which it’s spent.

Life expectancy is perhaps the most basic measure of a community’s overall health. Health researchers say life expectancy is driven by a complex web of factors that influence health: opportunities for education and jobs, safe and affordable housing, availability of nutritious food and places for physical activity, and access to health care, child care and social services.

Differences become more apparent moving east along the Bert T. Combs Mountain Parkway and down its KY 15 extension. In general, the starkest comparisons in the state exist between the metropolitan areas of Louisville and Lexington versus southeastern Kentucky counties. Only one Eastern Kentucky county, Morgan, has a life expectancy equal to the state’s. Others range from 70 (Perry, Breathitt and Wolfe counties) to 75, mostly found in counties in northeastern Kentucky.

Eastern Kentucky counties are not the only ones with below-average numbers. Other counties ouitside that region with life expectancies of 74 or below are Fulton, Webster, Muhlenberg, Gallatin, Carroll, Casey, Monroe, Metcalfe, Cumberland and Clinton.

The numbers are on a Kentucky life expectancy map released Monday by researchers at the Virginia Commonwealth University Center on Society and Health and the Robert Wood Johnson Foundation. It shows that chances to lead a long and healthy life can vary dramatically by county.

“Health differences between communities are rarely due to a single cause,” the researchers said in a press release. “The health differences shown in these maps aren’t unique to one area. We see them in big cities, small towns, and rural areas across America,” said Derek Chapman, the VCU center’s associate director for research.

The map is the latest effort by the Robert Wood Johnson Foundation to raise public awareness of the many factors that shape health, particularly social and economic factors.

Another is the County Health Rankings, done annually by the University of Wisconsin Population Health Institute. The rankings don’t provide a comprehensive explanation for life expectancy, but they provide helpful correlations.

For example, Harlan County, with a life expectancy five years below the average, ranks 117thin overall health outcomes and last in health factors. The county has rates of smoking, obesity and teen births that are higher than statewide. It also has less access to exercise opportunities. The rankings show that the county’s unemployment rate is nearly 14 percent, more than double the state’s. In addition, 43 percent of Harlan County children live in poverty, compared to the statewide figure, 26 percent.

The complete rankings are available at the County Health Rankings web site.

The state Department for Public Health says it and partners have several efforts underway to tackle the many factors that shape health:

• Promotion of farmers’ markets and their acceptance of federal food assistance benefits such as SNAP, WIC and Senior Farmers’ Market Nutrition Program Vouchers, incentive programs to help with affordability and community outreach.
• Promotion of walking and walkability by providing communities with targeted training and technical assistance to develop pedestrian plans.
• Protecting youth from tobacco exposure through the “100 percent Tobacco Free Schools” program, which provides guidance to districts that wish to reduce tobacco use by students and staff.

“We must build a society where everyone, no matter where they live, the color of their skin, their financial or family situation, has the opportunity to lead a productive, healthy life,” said RWJF President and CEO Risa Lavizzo-Mourey. “There’s no one-size-fits-all solution. Each community must chart its own course, and every person has a role to play in achieving better health in their homes, their communities, their schools and their workplaces.”