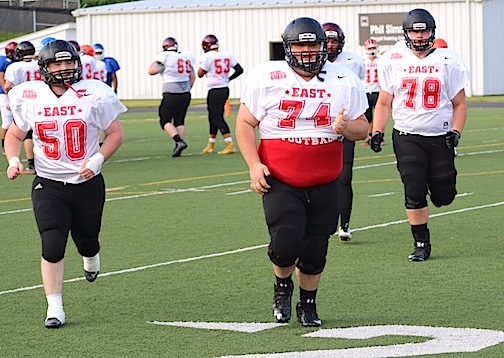 Morehead, Ky. — In the 11th annual Northeastern Kentucky East/West Senior game played on Friday night at Morehead St. University four Lawrence Co. graduates got to put on the pads one more time. Austin Ross, Grant Kiser, Alex Endicott and Josh Ratliff played for the East team as they were in the short end of a 15-12 defeat on a beautiful night for some summer football. 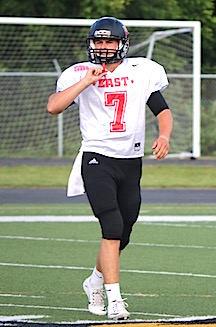 The East squad took a 6-0 lead on their first play from scrimmage on a long touchdown run by West Carter QB Brayden Brown who went right behind center Alex Endicott, right guard Austin Ross and right tackle Josh Ratliff untouched for the first points of the All Star game. The East trailed 7-6 at halftime. On the first play of the 2nd half

the East team broke another long touchdown this time by TJ Miller of Fleming Co. to take the lead 12-7. The West team scored and tacked on the two point conversion to set the final score at 15-7. 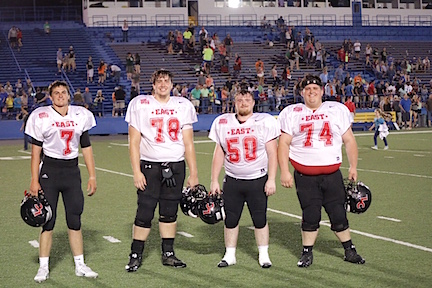