LOOK OUT INEZ; WET VOTE MAY BE COMING SOON… 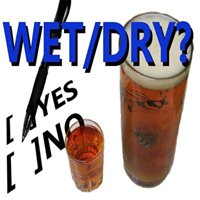 The headline for this story is pure speculation and not meant to be taken in the wrong spirit, but for the first time since the 1930’s many small towns in Kentucky can now petition and vote for legalized alcohol sales thanks to a new law quietly passed by the Ky. General Assembly earlier this year.

For decades small towns like Inez, Warfield, Van Lear, and many others in the east Ky. region have been prohibited from even voting on the sale of spirits because of their size.

The new law does away with that stipulation.

Here is a story that came out today in the Georgetown Graphis and was placed in the Kentucky Press Association news feed.

A new state law makes it easier for small towns to decide for themselves if they want to allow alcohol sales within city limits.

“A city is a city, no matter how small,” said Kentucky League of Cities Deputy Executive Director J.D. Chaney. “One of the goals is to eliminate arbitrary distinctions on the power of city government.”

Senate Bill (SB) 11, which passed the legislature this past session, permits cities of any size to hold a local option election to decide the wet, moist or dry status of the city regardless of the status of the county.

“Senate Bill 11 was focused on updating alcohol sales that have been in place since the end of the Prohibition. Those laws were quite frankly artifical restrictions on free enterprise. It was important to update these laws to continue the growth we’re seeing in the tourism sector so that Kentucky does not fall behind other states that have considerably fewer restrictions,” said Sen. Damon Thayer (R-Georgetown).

“It makes the playing field more equal for small towns…Eventually someone is going to come to the commission [wanting to sell alcohol] and it’s only right that we can ask the question to our residents through an election,” said Sadieville Mayor Claude Christensen.

HB 422 performs two main functions. First, it creates lien priority for all city and county code enforcement liens, except for tax liens. Second, it permits the use of a hearing officer to issue final orders and creates a system of notifying lien holders of the issuance of a final order.

The law clarifies the authority of a code enforcement board to enforce a civil ordinance. The board can establish specific fines for each violation or a maximum fine for contested citations and a minimum fine for those that are uncontested, according to the Kentucky League of Cities (KLC).

The old law required both the maximum and minimum fines. Now local governments may choose how to specify fines.

“The new law clarifies and organizes what is required for code enforcement. Before, there were so many facets to the enforcement process. Now, all relevant laws are in one place,” Christensen said.

It also gives a board and a hearing officer the authority and training to actually enforce an ordinance where before there was no real way to collect, he added.

“City attorneys have always been frustrated by the fact that we have a myriad of statutes that all contradicted each other, proposed different kinds of lien priorities all scattered throughout the statute,” Chaney said.

The law, with its required notice to prior lien holders, also allows a mortgage lien holder to remedy the reason for the citation or pay the fine to avoid losing lien position.

“This makes local ordinance enforcement much more important – and gives it much more teeth – then what its ever had,” Chaney said. “Now, an exhaustion of administrative remedies is required before going to court, which means its all handled locally.”

Christensen believes that a code enforcement board with county-wide authority makes the most sense because of the expertise needed to run it.

“This might be an opportunity for the cities and the county to work together and have a standardized approach. Maybe one piece of law we could all adopt so it’s standard from city to city and county to county.. a fresh ordinance, up to date, something we can actually enforce,” Christensen said. “That’s where we in Sadieville keep running into problems. We can patrol. We can monitor. We can cite. We can do all these things, but when it comes time to enforce, we run out of teeth.”

Not everyone agrees HB 422 is a good thing.

Sen. Thayer expressed “concerns about increasing the size of government.”

“Several constituents contacted me regarding HB 422 sharing similar concerns,” Thayer said. “Many people bristle at code enforcement as an infringement on personal and private property rights. My ‘no’ vote was a protest on their behalf.”

Although Christensen says he understands where Thayer is coming from, he is pleased with the changes to state law and doesn’t believe it will result in a huge expansion of government authority.

“I’d like to see [the cities and the county] all work together on something,” he said.