SOAR SUMMIT AT PIKEVILLE TALKS BROADBAND FOR THE MOUNTAINS

PIKEVILLE – Innovative projects aimed at improving the economy and quality of life of Eastern Kentucky were the theme of a conference in Pikeville Monday, and there were examples in fields from telemedicine and education to agriculture.

One thing nearly all the ideas have in common, however, is that they could benefit from high-speed Internet service, said Jared Arnett, executive director of Shaping Our Appalachian Region, or SOAR, which put on the summit.

Broadband would create a “totally different market potential” for enterprises in the region, Arnett said.

“With greater access and greater affordability, the potential for Eastern Kentucky grows,” he said.

A project to build access to high-speed Internet service throughout the region has been a focus of SOAR.

The initial goal of that project, called KentuckyWired, was to install 3,400 miles of fiber-optic cable statewide at a cost of well over $300 million. The service was to come first to Eastern Kentucky, however, where deep coal-industry layoffs have hurt the economy.

Officials initially said the project would be done in Eastern Kentucky by April 2016. That didn’t happen.

Officials in Gov. Matt Bevin’s administration have said one hold-up was a problem with how the project was structured under his predecessor, Gov. Steve Beshear, which jeopardized funding needed to pay for the system.

There is progress on the project, however, officials said Monday.

The Kentucky Communications Network Authority, which will operate KentuckyWired, has signed a deal with Cincinnati Bell on construction of 166 miles of fiber optic cable in Northern Kentucky.

That piece was needed to bring broadband down Interstate 75 to Eastern Kentucky, said Lonnie Lawson, a member of the authority board and head of the Center for Rural Development in Somerset. 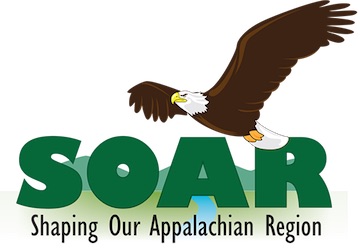 Lawson said work also continues on agreements needed to attach cable for the high-speed network to poles in the region.

And on another front, five local telecommunications providers in Eastern Kentucky have reached an agreement in principal to partner with KentuckyWired through access to infrastructure the providers already have in place, said Keith Gabbard, manager of Peoples Rural Telephone Cooperative in Jackson County.

Bevin said at the meeting Monday that Eastern Kentucky remains a focus of the broadband project.

Speakers at the summit said much of rural Kentucky is on the wrong side of the “digital divide” between places with fast service and those without.

Some rural communications providers have overcome that divide. For instance, the co-op Gabbard oversees used $50 million, much of it from federal grants and loans, to make Internet service with speeds of up to one gigabit available to every home in Jackson and Owsley counties.

Wheeler lauded such efforts to expand the digital economy in Eastern Kentucky.

“If you don’t have that connectivity, you’re simply not part of the new economy,” Wheeler said.

Rogers and Beshear started SOAR in late 2013. The goal was to come up with ideas to improve the economy of the region and bring people together to tackle solutions.

Bevin has shown strong support for the initiative since replacing Beshear.

Monday was the third summit for the initiative.

Rogers said he was excited about the opportunity to discuss efforts to boost jobs and improve education and health care in the region.

“We’re off the ground,” he said of the initiative.