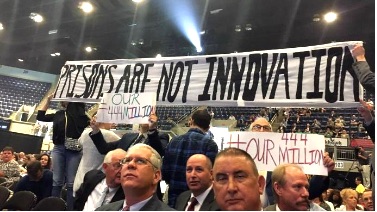 In a release, Letcher County Governance Project members said they campaign and protest to demonstrate many people from the area oppose the prison, contrary to the statements of local officials, US Representative Hal Rogers (R) and officials with the Bureau of Prisons.

Rogers has said the facility will “provide hundreds of good paying, full-time jobs” to an area that is struggling to rebound from the downturn of the coal industry.

Nearly $450 million in federal funding will be invested in the prison.