Dawgs win another close one, will play in region final for third straight year 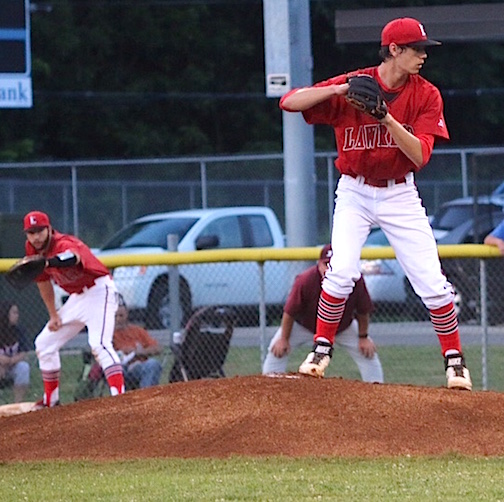 Robinson Creek, Ky. — Lawrence Co. senior Brock Turner was a one man wrecking crew on Tuesday night in the semifinals of the 15th region tournament as he went the distance on the mound, drove in a run, and scored a run in a 3- 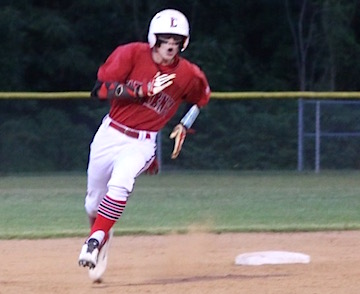 With the win Lawrence Co. ( 26-9 ) will face Johnson Central ( 31-9 ) for the 15th region title for the third straight season tonight at Shelby Valley. First pitch will be 7:00pm. Johnson Central won the only meeting this year 8-0 in Louisa on March 16th.

Turner gave up a run in the first on a single and a triple but Peyton Cyrus gunned down the second runner at the plate. Morgan Miller led off the bottom of one with a triple and scored on a Turner ground out to know the score. The Dawgs took the lead for good in the third inning on a Drake Barager double and he scored on a Zach Keesee single, LC added an insurance run in the 6th on a Turner triple and a Chase Coverdale sacrifice fly. Turner and his defense were lights out after the first inning.

Pikeville finished the year at 26-9.

“… Punched our ticket back to the region final for the third straight year. Been blessed and fortunate that we have been in a bunch of these big games and it doesn’t get much bigger then Johnson Central and Lawrence Co. No love lost between either team.” We get to play in June and not many teams around the state get to say that.” Brock was awesome tonight and when Morgan Miller gets on base we win ballgames. Big triple to start the game just like he did in the district final.” I challenged our seniors after the Prestonsburg win and they really stepped up tonight they all had a hand in this victory.” The championship game should be electric.”

“… I’m tired – not going to lie. What an effort from our guys and we came away with the victory.” Getting the runner at home was huge momentum for us and that carried through the rest of the game.” We are not the same team that played Johnson Central early in the year. It should be a dandy.” 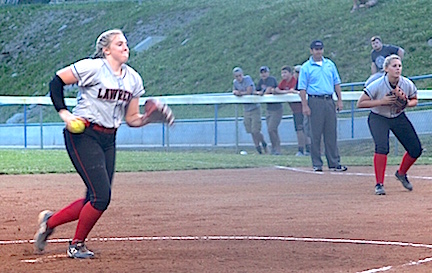 Robinson Creek, Ky. — Ciana Bowen went the distance for Lawrence Co. (25-15 ) only allowing two unearned runs but Johnson Central ( 25-14 ) capitalized on an infield error to end the season for the Lady Dawgs by the score of 2-1. 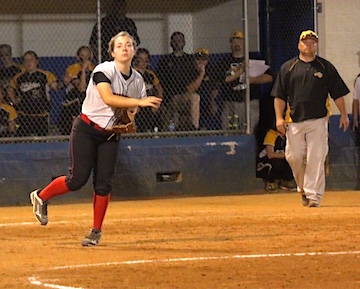 Lawrence Co. scored a run in the 6th inning when Addy Frazier singled, Bowen walked and after a passed ball Keyeraha Bowen grounded out to the 3rd baseman to score Frazier but the Lady Dawgs left the tying run at 3rd and then left two more runners on in the 7th.

Addy Frazier, Ally Marcum, Amber Triplett, Haleigh Peck and Natalie Rice had one hit each for the Bulldogs.

Lawrence Co. Softball had another successful season on the diamond and the four seniors on the team will be missed. They are a tight knit group that has one a bunch of games together.