Robinson Creek, Ky. —  The Lawrence Co. Baseball team will be gunning for another 15th region championship when play begins Monday morning at Shelby Valley high school. The Dawgs are the defending champions as they took took care of East Ridge 5-0, Paintsville 5-1 and Johnson Central in the title game 6-3 at Stonecrest in 2015 to win their 5th region title in school history

Johnson Central might be the slight favorite to win the title this year. JC has the most wins of any other region team and only lost one region game 2-1 to Sheldon Clark. It should be a dandy tournament with Lawrence Co., Allen Central, Pikeville and Prestonsburg challenging for the championship.

Prestonsburg ( 23-14 ) runner up in the 58th district lost to Allen Central 6-3. LC and Prestonsburg split in the regular season both team winning on the road the Dawgs won 18-16 and the Blackcats won 9-4.

Sheldon Clark ( 16-15 ) runner up in the 57th district is coached by former Lawrence Co. assistant coach Randy Bowen and have two former Bulldogs on the team in Nick Boyer and Trace Bowen. The Cards fell to Johnson Central in the title game 9-3.

Pikeville ( 23-11 ) winners of the 59th district beating Shelby Valley 16-1 in the title game. The Panthers split with Lawrence Co. this year winning 8-6 at home and losing 4-1 in Louisa.

Johnson Central ( 29-9 ) won the 57th district over Sheldon Clark 9-3. The Golden Eagles and Bulldogs only met once this year on March 16th and it was JC winning 8-0. 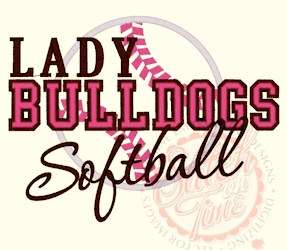 The 15th region softball tournament should be a real treat for fans with four teams that could walk away with the title. Defending champion Johnson Central, Pikeville , Magoffin Co. And Lawrence Co. If the draw falls right the semifinals should be great games.

Lawrence Co. ( 24-14 ) won the 60th district in come from behind fashion over Pike Co. Central 9-2 and will come into the region tournament with some momentum. The Lady Dawgs are 12-4 vs the other region teams.

Johnson Central ( 23-14 ) is the 57th district champ and defending 15th region champ. The Golden Eagles are 9-1 vs the region with the only loss coming to Lawrence Co. 4-2 in Louisa.

KY. ATTRACTION HAS BEEN TOURIST DESTINATION FOR OVER 200 YEARS