60th District Tourney to be held at Belfry instead of Phelps

Lawrence Co. looking to repeat in Softball and Baseball

Pond Creek, Ky. —  A change has been made in the 60th district Baseball/Softball tournament that was supposed to be held at Phelps High School beginning on Monday night. Even though games have been played at both fields this year they have been deemed not suitable for tourney play. Both facilities are ready at Phelps but the playing surface is not. Both tournaments will be moved to Belfry High School this year where it was supposed to held in 2017.

Lawrence Co. will be looking to repeat as champions in both Softball and Baseball. 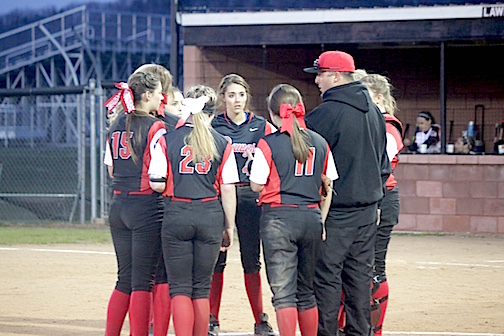 #1 seed Lawrence Co. ( 22-13 ) has never lost a district game in their two years in the 60th for softball. Behind freshman Ciana Bowen, who has struck out over 200 batters in the circle and four seniors playing in their last postseason, Ally Marcum, McKenzie Giompalo, Addy Frazier and Layken Chapman, the Lady Dawgs are the prohibitive favorite to bring the title back to Louisa.

#4 Seed Phelps ( 9-11 ) went 0-6 in the 60th this year. The Lady Hornets were competitive in three of those games and got blown out in the other three.

” …Changed up some things this week trying to get more speed in the lineup and it has worked so far. Hopefully it will get the attention of our girls that it is postseason time.”

Belfry vs Pike Central at 8:00

Championship game will be Tuesday night at 6:00 both the winner and runner up will advance to the 15 region tourney that will begin on Memorial Day at Shelby Valley 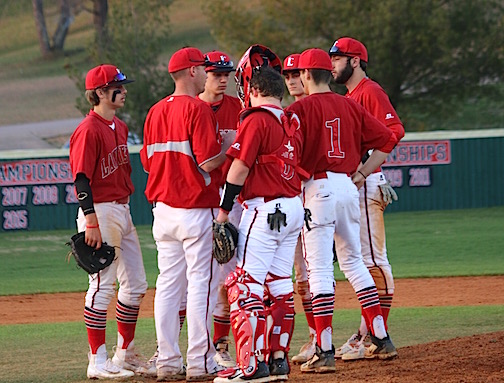 #1 Seed Lawrence Co. ( 22-9 ) went 5-1 in the 60th this year and will be looking for back to back titles. The Dawgs are the favorite and are led at the top of the batting order by three seniors, Morgan Miller, Zach Keesee and Chase Coverdale and on the mound by seniors Austin Bailey, Brock Turner and Andrew Wheeler. LC got a lift at the end of the regular season by 8th grader CJ Fairchild who has provided more depth for the pitching staff. The Bulldogs beat Pike Central 7-1 and 12-0, Phelps 16-2 and 13-1, Lost to Belfry 2-1 and then clinched the #1 seed by beating the Pirates 8-3 on April 29th.

#2 Seed Belfry ( 18-14 ) went 4-2 in the 60th this year splitting with Lawrence Co. winning 2-1 and losing 8-3, split with Pike Central losing 9-1 and winning 11-5, the Pirates took care of Phelps easily by the scores of 18-0 and 11-0 early in the year. Belfry may have lost stud pitcher and University of Kentucky football commit Austin Dotson for the year. Dotson beat LC on April 27th only allowing two hits and one run in a 2-1 victory.

#4 Seed Phelps ( 12-13 ) went 0-6 in the 60th this year but might be playing better then anyone right now the Hornets have won five in a row. Have to be disappointed in not hosting the district this year after waiting so long to get a field.

” …All of our attention is on Phelps, they are playing well right now and have won five in a row. May have caught a break with the district being moved.” We will not overlook any team and will look to be the aggressor in the upcoming weeks.” Our kids understand it might be their last postseason.”

Baseball games will get underway on Monday night at Belfry

Pike Central vs Belfry at 8:30

Championship game will be Tuesday night at 7:00 both champion and runner up will advance to the 15th region tourney at Shelby Valley that will begin on Memorial Day.