LMS introduces  ‘Into The Woods’ 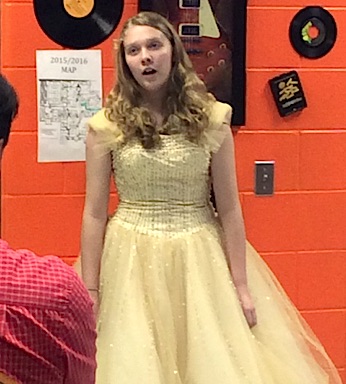 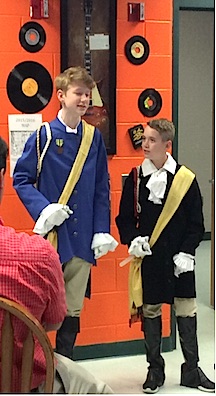 The Louisa Rotary club attended Louisa Middle School today as they do every year when they are invited to see highlights of the annual play put on by a group of very talented youth.

The school furnished lunch, and while they didn’t have time to watch the play in its entirety, Rotary members got to see some of the highlights.

Emily McCreary who plays Cinderella sang, and Mark Webb who plays Prince Charming along with Will Dillow who plays the Prince to Rapunzel, did a small skit and also sang.

The play is titled, “Into The Woods” which is based on a Broadway show, will have its last show tonight at the Louisa Middle School.

After the sneak peek of the play, more cast members were introduced. There was no playbill offered at the event.

Cara Sluss, Kylee Sexton and Taylor Cordian, who are Junior Rotarians were among the hosts at the play.. 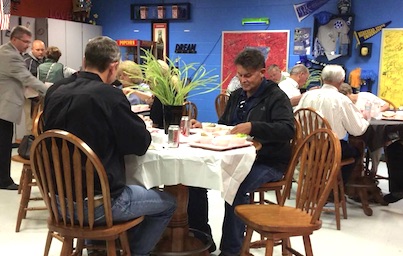 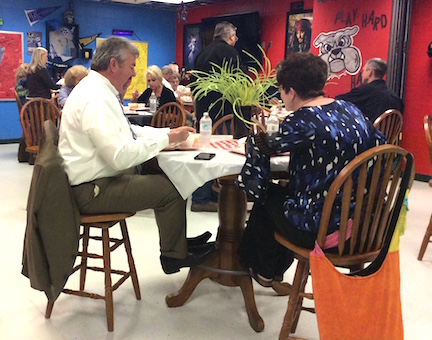 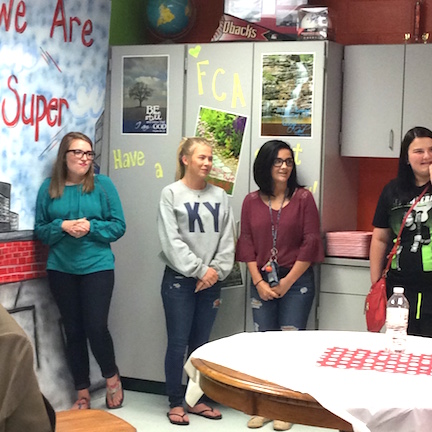