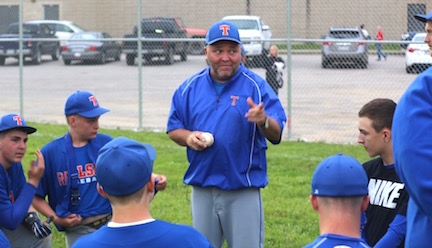 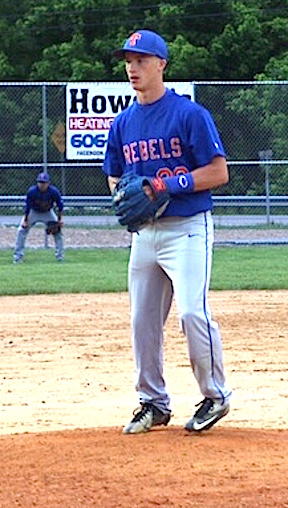 Fort Gay, W. Va. —  It had been a while since Tolsia has won a postseason baseball game when they opened up Region 4 Section 4 play on Monday night.

The Rebels did it in grand style at the new Rebel field as Junior hurler Logan Presley threw a gem against rival Mingo Central. The Rebels took care of the visiting Miners by the score of 3-0.

With the win Tolsia will move on to play for the sectional championship at Wayne.

Tolsia won for the 9th time this season after only winning two games the previous three seasons combined.

Presley notched his 6th pitching victory of the season. He struck out ten batters and only walked one. The  Rebels defense was spectacular behind him by committing only one error on the night. Left fielder Jared Switzer made a couple nice running catches, Tyler Stroud, Seth McMillion, Blake Conn and Shortstop Austin Bailey all made plays during the win.

The game was scoreless until the Rebels scored three runs in the home half of the third inning.

Tolsia loaded the bases with no outs and Freshman Eric Williams pushed across Ray Perkins on a fielders choice, Blake Stuart walked to reload the bases and Austin Bailey scored on an infield hit off the bat of Switzer. Kyler Speer scored the final run of the inning on a fielders choice off the bat of Trey Smith. After that it was all Presley as he slammed the door on the Miners.

“…Feels really good, glad for our boys.” Great win for our program, been a long time coming I thought we played really well, maybe our best defensive game of the year.” Every player contributed in this victory.” Logan Presley has been our rock on the mound all year and that didn’t change tonight.” Big turnaround for our program after the last couple years but we have a long way to go.” Sectional win was icing on the cake for us. Going to be tough over at Wayne but I can guarantee one thing our kids will play hard until the final out.”

” …Our defense was awesome behind me tonight and I just tried to throw strikes.” Had to stay focused in a scoreless game. It was a relief when we got the bats going and scored those three runs.” We haven’t won a sectional game in a while and it was huge to get this one at home.” Have to play clean vs Wayne, I know we have got a lot better since they beat us early in the year.”