LOUISA – The Lawrence County Board of Education had much to celebrate last night at their regular May meeting at Lawrence County High School, but the meeting was not without a level of concern after the White House issued “guidance” when dealing with restroom preference and transgender students.

Right before a public comments segment punctuated by calm, yet concerned statements by parents and grandparents, Superintendent Dr. Robbie Fletcher provided a statement from the Lawrence County Board of Education.

“Lawrence County Schools will continue to respect the right to privacy of each of our students as well as their civil rights.  Since Kentucky law has not been enacted to the contrary, separate restroom facilities will be provided for male, female, and transgender students as necessary.

“In short,” Fletcher continued, “students who are biologically male will not be permitted the use of restroom facilities of those that are designated for females.”

Even though the statement was well received, some parents and grandparents expressed concerns of whether state lawmakers would adopt the President’s “guidance” as law and how the Board would then proceed. In a brief statement after the board meeting, Fletcher added that the board would continue to protect the privacy and civil rights of all students, and that the school system would have to see what options that they had available, if the “guidance” became law.

Even a tinge of national controversy could not dampen a mood of pride in achievement, though, as there were recognitions aplenty. 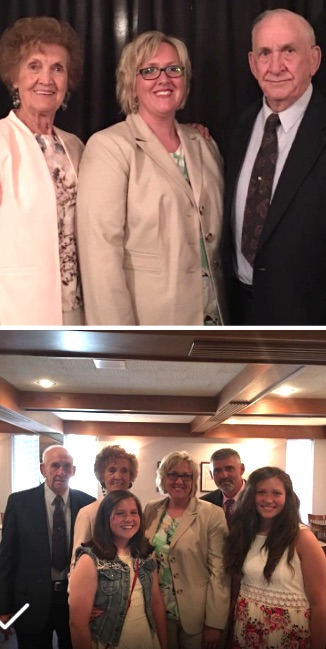 “This marks the end of three hard years of work by Dr. Webb,” Fletcher noted and Preston added: “Thank you from the Board for earning this to help in your work with our schools and kids.”

Jennifer Boggs was recognized as the district’s top volunteer, having logged over 1,400 hours of service this school year at Blaine.

Lawrence County’s newest state championship team, the 2016 State Bass Fishing Champions, was recognized next. Coach Brandon Meddings – who has guided the program from its inception three years ago – introduced the substantial crowd which had followed the team on a parade route through downtown Louisa and culminating at the BOE meeting at LCHS. (See Lazer story on Sports section)

Freshmen Eric Price and Noah West went from finishing 15th in the region last year to winning the state championship this past weekend with a 35.4-pound haul in the two-day event held on Kentucky Lake. 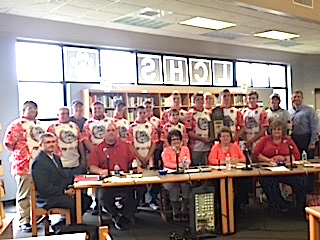 Dr. Fletcher informed the attendees of the second installment of the AEP Credits Count grant, which was delivered in the form of a $167,000 check on Monday at 11:30 a.m. to continue to fund the program. He also advised the Board that the graduation ceremony for LCHS was set for this Friday at 7 p.m. (See separate Lazer story on Main Page) 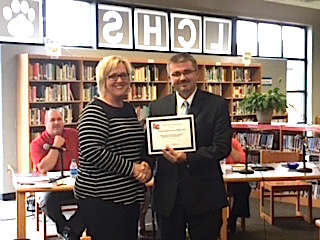 Finally, school principals and Chief Academic Officer Dr. Cassandra Webb presented the spring data to the Board and Chairman Preston stressed to the principals the importance of obtaining complete “buy in” on the part of students and staff. 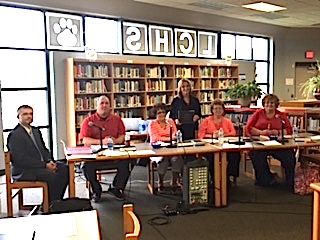 Re: Request to the Lawrence County Board of Education for Abolishment and Creation regarding Positions

STUDY DOES NOT COUNT SAVINGS IN POLICE, PRISONS