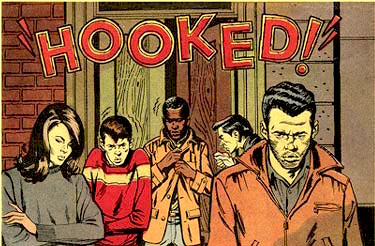 A judge on Wednesday ordered records unsealed in a case in which Kentucky alleged that improper  of the powerful painkiller OxyContin fueled a  of addiction and death.

The maker of OxyContin, Purdue Pharma, agreed in December to pay the state $24 million to settle the lawsuit.

The settlement included a provision for many records from the legal fight to be destroyed, but some remain sealed in Pike County, where the state filed suit.

Those records include a sworn statement from Dr. Richard Sackler, a former Purdue Pharma president whose family controls the privately held company, according to a digital publication called STAT.

STAT, which is based in Boston and reports on life sciences and medicine, said in a news release that Sackler is believed to be the only member of the family questioned under oath about OxyContin marketing.

It said the  are believed to contain new information on what Purdue Pharma executives knew about the addictive properties of OxyContin, a type of painkiller known as an opioid.

The state lawsuit accused Purdue Pharma of misrepresenting how  it is to get hooked on OxyContin.

The company did not admit wrongdoing as part of the $24 million settlement.

The court “sees no higher value than the public (via the media) having access to these discovery materials so that the public can see the facts for themselves,” Combs wrote.

Combs said the documents would be made public in 32 days. However, he said his decision will be put on hold if it is appealed.

“The national opioid epidemic is killing 30,000 people a year, and we are pleased that the court moved so swiftly to bring to light records that can inform the public’s understanding of Purdue’s role in this crisis,” said Rick Berke, executive editor of the publication.