LAWRENCE IS 39TH IN NATION IN HIV SPREAD RISK

Federal study finds counties at high risk of HIV/hep C spread; 8 out of top 10 are in Eastern Kentucky, study says 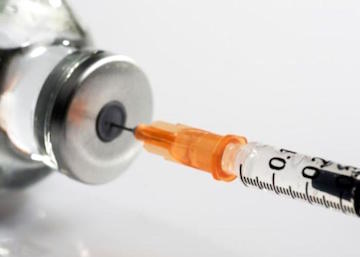 Letcher County is one of the nation’s 50 most vulnerable to an outbreak of HIV or hepatitis C from intravenous .

Yes, it’s that bad, according to a preliminary report from the federal Centers for Disease Control and Prevention (CDC). Of the nation’s 25 most vulnerable counties, 16 are in Kentucky. Wolfe County is No. 1, but there’s probably not much difference in the risk there and in Breathitt, Perry, Clay, Bell, Leslie, Knox, Floyd, Clinton and Owsley counties, which are in the nation’s top 12.

The preliminary report by the CDC has identified 220 counties in the United States as being most vulnerable to outbreaks of HIV and hepatitis C among those who inject drugs in those communities, and 54 of those counties are in Kentucky. There are 3,144 counties in the United States. Most are in Appalachia, but the list includes the non-Appalachian counties of Hickman, Breckinridge, Grayson, Allen, Taylor, Boyle, Mercer, Carroll, Gallatin, Grant and .

Kentucky leads the nation in the rate of acute hepatitis C, with 4.1 cases for every 100,000 residents, more than six times the national average, according to the CDC.

“Both HIV and hepatitis C can be transmitted when people who inject drugs share their needles,” Doug Hogan, acting for the Cabinet for Health and Family Services, said. “Many of Kentucky’s HCV cases are among rural youth, ages 12- 29, who have been sharing needles.”

“We are potentially on the leading edge of one of the biggest public-health crises to hit our state,” Lockard told Kentucky Health News. “It will take a combined effort across sectors to prevent an HIV outbreak in the SOAR region such as the one that occurred in Scott County, Indiana,” north of Louisville.

Lockard made these comments in April after attending a Shaping Our Appalachian Region (SOAR) roundtable that focused on substance abuse and intravenous drug use in the region. More than half (56 percent) of the 220 counties identified as most vulnerable for HIV or hepatitis C were located in the Appalachian regions of Kentucky, Tennessee and West Virginia.

“About 25 percent of our state’s population lives in these 54 counties,” Hogan said.

The CDC began this study after an unprecedented outbreak of HIV infections occurred in Scott County, Indiana, in 2014 among its intravenous drug users to see what other counties might be vulnerable to such an outbreak.

Researchers looked at all 3,143 U.S. counties and based their rankings on six variables, including: the number of overdose deaths, per-capita-income data,  data, population studies, prescription opioid sales, and prescription sales for opioid treatments such as buprenorphine.

One way to slow down the spread of HIV and hepatitis C is through needle exchanges, where intravenous drug users trade dirty needles for clean ones. Needle exchanges were authorized in Kentucky under a 2015 anti-heroin law but also require local approval.

So far, only Louisville and Lexington and the counties of Boyd, Carter, , Elliott, Franklin, Grant, Harrison, Jessamine, Kenton, Knox, Pendleton and Pike are either operating or have approved such programs. Of the 54 high-risk counties, only Boyd, Carter, Clark, Knox and Pike counties have operating needle exchanges.

Hogan said, “The Kentucky Department for Public Health is working closely with (the) CDC and at-risk communities to increase HIV and hepatitis C testing, and is assisting counties in their processes of establishing syringe exchange programs.”

WRESTLIN' MATCH ON FRIDAY THE 13TH, COME IF YOU DARE