…PLUS A SERIOUS FALL INJURY ALL IN LAWRENCE COUNTY, THAT KEEPS LOCAL EMERGENCY AGENCIES IN HIGH GEAR 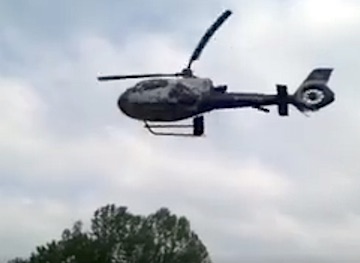 MOTORCYCLE CRASH ON US 23 IN LAWRENCE COUNTY SATURDAY LEADS TO BIKERS CHASING UTILITY TRUCK DRIVER TO PAINTSVILLE WALMART, ENDING IN VIOLENT CONFRONTATION INSIDE THE SUPERSTORE. 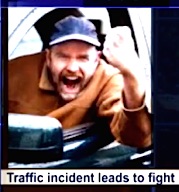 The Kentucky State Police at Post 14 in Ashland is still investigating the circumstances of a motorcycle crash in Lawrence County Saturday morning that led to a pursuit by other passing motorcycle riders, that ended in a major confrontation at the Paintsville Walmart that required a significant intervening response by the Painstville Police Department and Johnson County Sheriff Department..

The crash was the first of two motorcycle accidents that happened in Lawrence County a couple of hours apart Saturday, that themselves were preceded by a major pickup truck accident in the same area of the first motorcycle wreck Friday night.

The first motorcycle crash took place on U.S. 23 in the Lowmansville area of Lawrence County at around 11 A.M. Saturday morning near the old Family Foods location. The Kentucky State Police report a man from Ohio was operating a “box” utility truck when he pulled onto US 23 and apparently into the path of a motorcycle. The man who was operating the motorcycle, whose name and where he is from unknown at this time, lost control of the motorcycle and crashed.

Lawrence County E-911 was contacted by passing motorists who came by to render assistance to the injured man, and Lowmansville Fire Department and Netcare Ambulance Lawrence County were dispatched and responded to the accident scene.

The motorcycle driver was taken by ambulance to Three Rivers Medical Center in Louisa with significant injuries.

At around that same, another situation was unfolding that led to a bizarre and intensely turn of events, that could potentially have ended very badly.

The box truck driver did not stop and render any help to the crashed motorcyclist. In fact, the KSP reported they would later learn that the truck driver was not aware of the accident and continued to travel towards the Paintsville area and ended up at the Paintsville Walmart.

Apparently several other men who were riding on motorcycles and had seen the crash take place, reportedly then took off in pursuit and caught up to and started following the truck to Walmart and chased the man inside the store, confronting him about the crash.

Police officials say the Ohio man who was operating the truck told them he was attacked and questioned on why he did not stop to help.

Members of the Paintsville Police Department and the Johnson County Sheriff Department responded to the Walmart store and were able to control the situation before something worse could had happened. The Kentucky State Police say as of yet no charges have been filed against the driver of the box truck or the men who confronted the driver at the Walmart.

No other information has been made available at this time by the various police agencies that are involved in entire scope of the situations that took place. The Levisa Lazer will bring further updates as soon as they become available.

Meanwhile, a second motorcycle crash took place just a few miles away only a couple of hours after the first one.

No information has been released about what caused the accident, who was involved in the wreck, or what kind of injuries they sustained.

Just over 12 hours earlier before the motorcycle wrecks, and not far from the scene of the first motorcycle accident, a brutal pickup crash occurred.

Lawrence County E-911 dispatched the Lomansville Fire Department and Netcare Ambulance Lawrence County to the scene. Once they arrived on site, they discovered that pickup truck had gone over the guardrail and over the hillside, where it had overturned and landed on its top, with the driver trapped in the truck and that Lomansville firefighters could not retrieve the driver from the truck.

The Lomansville Fire Department then made an assistance call to the City of Louisa Fire Department, including specifically requested that the Louisa crews bring the Jaws of Life for an emergency extrication the driver from the mangled vehicle.

The fire department crews finally removed the person from the truck, where they were transported by ambulance to a nearby landing zone that was set up to fly them by air medical ambulance helicopter to a hospital in Huntington, West Virginia.

No information has been released on identity of the injured person or the nature of their injuries, or what was the cause of the vehicle accident. Only that eyewitnesses on the scene reported that wrecked truck was from a different county in Kentucky.

The Levisa Lazer is looking into a reported incident that happened late Sunday afternoon in which a man was seriously injured after falling in unknown manner in the Fallsburg area.

All that is known at this time is that the Fallsburg Fire Department and Netcare Ambulance Lawrence County responded to site of where the fall took place, and that the emergency rescue crews determined that the as yet unidentified individual suffered injuries serious enough to requested a call to Healthnet Aeromedical Services to fly the injured man to a hospital in Huntington, West Virginia,

The man was flown out from a field in the Fallsburg area, as seen HERE.

The Lazer will attempt to provide further updates on this and all the other accidents that took place this weekend as soon as we can learn anymore information that is made available.