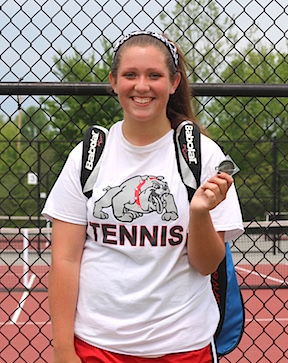 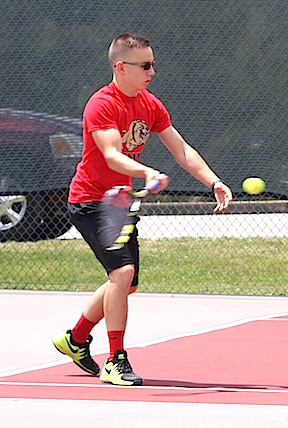 Louisa, Ky. —  After another successful 15th region tournament was completed at the LCHS tennis complex over the past two days.

The tournament started early Friday morning and finished around 2:30 on Saturday afternoon. After everything was said and done Lawrence Co. Tennis will send four players to compete in the upcoming state tournament.

Eden Webb, an 8th grader at Louisa Middle made an incredible run to the girls finals after she upset the #1 seed from Morgan Co., Ashton Jones in the semifinals. Webb also took out Elana Sanchez from Johnson Central and Alie Farley from Belfry before she ran out of gas to finish as the runner up to Emma Harris of Belfry.

Nick Kessinger won two matches to make it to the semifinals before losing to Nick McNamee of Belfry. Kessinger won matches over Sean Hilwig of Pikeville and Hunter Kemplin of Morgan Co. He will be competing in the state tournament for the third straight year. 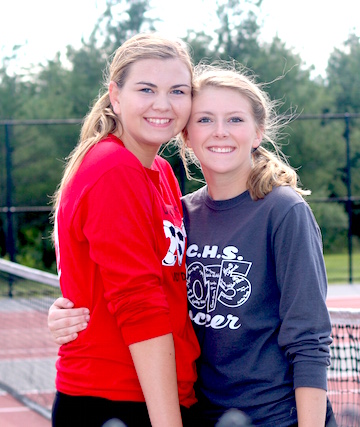 Maci Pollack and Jordan Stepp both freshmen and in their first year of tennis advanced to the girls doubles state tournament by beating Caudill and Blackburn from Pikeville in the first round,  Deskins and Lambert from Belfry, plus the pair took out Gibson and Hackworth from Magoffin Co. before falling in the semifinals to Hammonds and Mayse from Morgan Co.

“…Eden Webb really stepped up her game today to defeat the number one seed (Ashton Jones) in the tournament. Ashton had beaten Eden earlier in the season but Eden has always turned it up a notch in the postseason for us”. “I was really proud of how hard her sister Adrian played today, too. She was just a couple of points away from qualifying for state as a 6th grader. Both have a really bright future ahead for Lawrence County.”

“Nick Kessinger advanced to state for the third year in a row and has been a big-time player for us for a number of years now.  He’s starting to receive a good amount of mail from colleges to play tennis at the next level. He’s been a workhorse for us and a team captain for this year’s squad”. 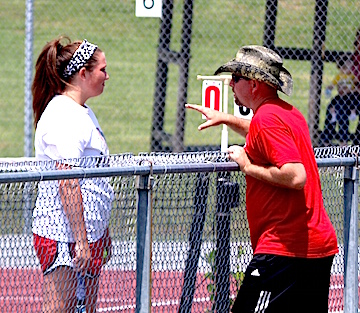 “I was so glad to have a ton of new players on the team this year and two of our brand new girls improved enough to go to state as a doubles team. Maci Pollack is a fantastic athlete with track-like speed and Jordan Stepp has the height and natural instincts which worked well as a combo today to upset the number 4 seed to advance to Lexington”.

“The streak we had was a streak for the ages that may never be duplicated in our area. I’d like to thank all of my current players and all of my past players that made this accomplishment happen. You can’t have a win streak of that magnitude without having fantastic players with great character and toughness about them.

Our players always seemed to rise to the occasion and pull out the crucial matches we needed. Lawrence County has gained great respect statewide through our boys and girls on-court accomplishments and the for their behavior on and off the court as exemplified by past players winning regional and state sportsmanship awards. These are the greatest kids around and Kelli and I are proud to be their coaches…”