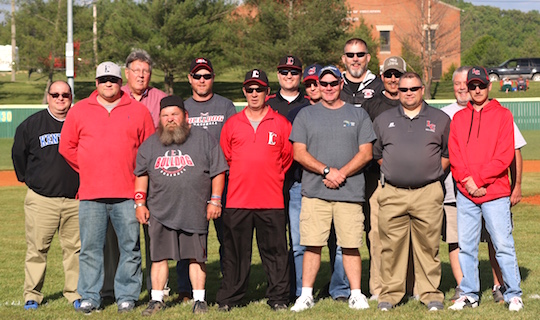 Louisa, Ky. — Lawrence Co. came up short in an extra innings thriller on Thursday night at Randy Keeton field by the score of 7-0 to undefeated and #12 team in the nation Greenup Co. ( 30-0 ). 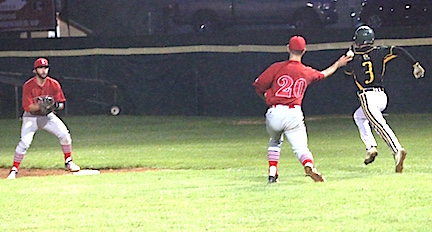 In a rematch of the first round of the state tournament last year and like it has been over the last few years, it was another dandy as the game was scoreless in the 8th before the Musketeers erupted for seven runs all with two outs in the inning.

Senior Austin Bailey pitched seven and two thirds before being lifted after he threw 120 pitches which is the most you can throw in one day in high school baseball in Ky. Bailey left with runners on first and second. Drake Barager came in and walked the only batter he faced and Andrew Wheeler came in with the bases loaded after a 27 minute rain delay and walked in the first run of the ballgame and the eventual game winning run.

The Dawgs had a golden opportunity in the home half of the 6th when leadoff hitter Morgan Miller doubled and then LC loaded the bases with one out but could not punch across a run and let the #1 team in Kentucky off the hook. 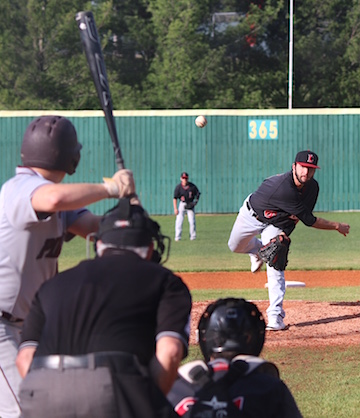 On Friday night with the first ever regional championship team from 1986 being honored.

The Dawgs put the loss from Thursday night behind them as Senior Chase Coverdale making his first start of the year on the mound threw four shutout innings, giving up four hits while striking out three and allowing no walks.

Brock Turner pitched the last three innings allowing one run on four hits to pick up the save. He also had one hit and scored a run.

Brad Parks had two hits including a triple, Zach Keesee had one hit and scored one run, Coverdale helped his own cause with a first inning sacrifice fly to get the Dawgs on the board.

The Dawgs jumped all over the visiting Hornets with four runs in the bottom of the first. It was an early Saturday morning matchup because of LCHS Prom.

Andrew Wheeler threw a complete game one hitter to get the win. He struck out seven and only allowed the one base runner.

Morgan Miller paced the offense with 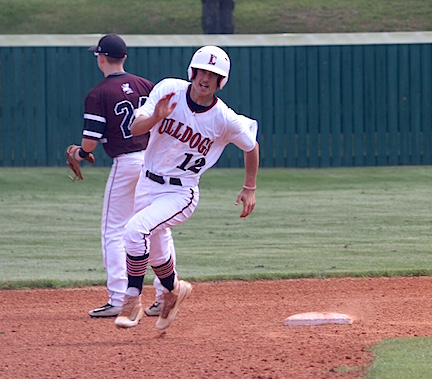 three hits and two RBI’s, Brad Parks was on base four times picking up two hits including a triple that ended the game in the 5th inning as Chase Coverdale scored the mercy winning run.

Austin Bailey had two hits and two RBI while Austin Roe also picked up two hits and drove in a run. Brock Turner was on base all three times and picked up an RBI, Zach Keesee had one hit and scored two runs for the Bulldogs.

“… Felt like we should have won the game vs Greenup Co. and that was our mentality going in – we expected to win.” Leadoff double in the 6th and we have to find a way to push that run across. Austin Bailey was lights out and deserved a better fate than he got. He was special vs the #1 team in the state.” We can take some positives from that game and for us to bounce back the next two games and get victories shows a lot to me about our guys.”

“… Felt great main objective was to throw strikes and let my defense do work.” First inning runs are always big and it was nice to pitch with a lead.” Taking it day by day on the mound but I feel like I can get back out there on a regular basis.”

” …Throw strikes and rely on my defense was the mentally vs Greenup Co. they are the #1 team in Kentucky and ranked #12 in the nation. We knew it was going to be a battle the whole game.” Really disappointed when I had to come out because of the pitch count, I definitely wanted to finish the game.” We have been in a little bit of a slump and we have always been a team that will battle so coming back and winning two in a row was big.”

“… Other than winning the championship game, Bulldog jumping in the pile of players was a great memory that will forever be burned in my head and heart.” This was LCHS’s first regional championship and it was very special. The memories never die and many of the friendships have lasted forever.”