CAT MURDERER ON THE LOOSE IN LOUISA; POISONING SWEET ANIMALS DESCRIBED BY LOCALS AS ‘PRECIOUS’ AND ‘SUPER-FRIENDLY’

FELINES WERE BEING CARED FOR BY LOCAL VOLUNTEERS 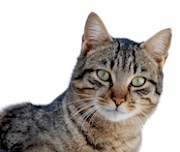 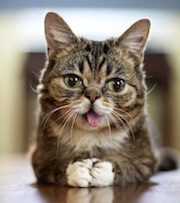 (ANYBODY THAT CAN PURPOSELY POISON FRIENDLY STRAY CATS JUST FOR THE KICKS AND GET OFF ON IT FOR THEIR OWN PERSONAL JOLLIES; IS ONE STEP AWAY FROM SERIAL KILLER/MASS-MURDERING LOCAL CHILDREN AND RESIDENTS)

Local officials are on high alert after discovering that someone has been intentionally, in a cruel manner, poisoning a colony of extremely friendly stray cats that have been considered community pets, living in the Louisa area, specifically the Louisa Plaza vicinity, for many years.

Since mid-March, the Lawrence County Humane Society says seven stray cats have been found killed near the Louisa Plaza, in the area of the Burger King, in the span of the last several weeks.

The feline colony lives in an empty lot behind the old Food Land building up to behind the Family Dollar Store in the Plaza. The folks who work there say the animals are in no way a nuisance to anyone.

Beverly Pack with the Lawrence County Humane Society says one the dead cats was sent to the University of Kentucky for an autopsy, and the results indicated the cause of death was from a rodent control poison called Diphacinone, which is found in several common types of rat poison.

Ms. Pack says she and Louisa police chief Greg Fugitt asked each business in the plaza area if they were using an ingestible rodenticide (rat poison) for rodent control, and they have all indicated they were not doing so.

In fact, some employees of some of the businesses in the plaza say that they have routinely been giving some care for  the cats when they came around, and described how sweet, friendly and tender-hearted the cats were to people.

Chief Fugitt and members of the Lawrence County Humane Society say after viewing the timeline of finding the dead cats, the autopsy results and several other unexplained incidents, they do not believe these feline deaths were accidental.

Local volunteers are taking steps to trap those remaining cats to take them to a veterinarian to be spayed and neutered.

Pack says a local caregiver checks on the cats and feeds them regularly, and they’re asking the local public to not put any food out for that colony, and any unexplained food left there will automatically be suspected of poisoning.

Local police and other officials say they appreciate the community’s support in keeping an eye on the cats, but ask residents not to feed the animals. There are designated caregivers feeding the cats and any food left there will be suspected as poison.