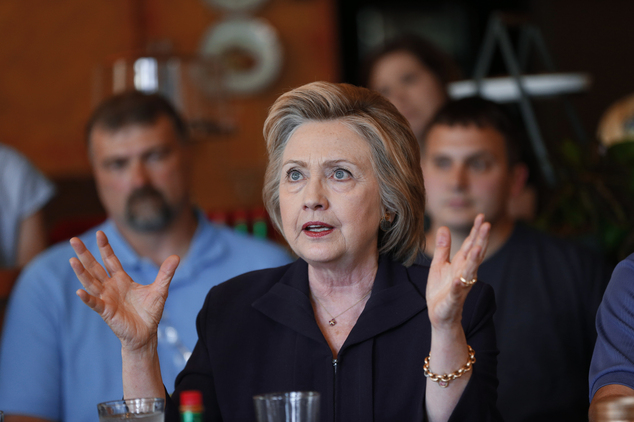 On the first day of a two-day visit to Appalachia dubbed her “Breaking Down Barriers” tour, Clinton touted her $30 billion plan to help coal workers and pledged to curb the dumping of cheap steel in America. 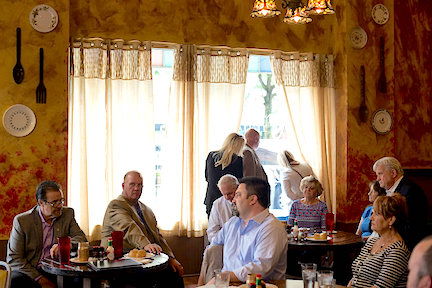 Clinton told about 25 area leaders and union officials in a two-hour session at Alma’s Restaurant in downtown Ashland that she would create a “trade prosecutor” to crack down on foreign companies that don’t follow trade laws.

The former secretary of state, who won the Kentucky Democratic presidential primary in 2008 with 66 percent of the vote over Barack Obama, also bemoaned the dismantling of Kynect, the state’s health-insurance exchange under the federal Affordable Health Care Act.

She said the action was “a self-inflicted wound” but never mentioned by name Republican Gov. Matt Bevin, who is ending the program started by former Democratic Gov. Steve Beshear.

Bevin has said it will be cheaper for Kentucky to use the federal health insurance exchange, but some have expressed fear that many people will go uninsured.

Clinton commented on Kynect when asked by Ashland businessman Marcus Woodward about the plight of laid-off workers from AK Steel who will be losing their health benefits. Clinton said she will examine the possibility of the federal government offering health insurance extensions to such people.

Most of the questions to Clinton, who is looking for votes in Kentucky’s May 17 Democratic primary election, dealt with job cuts to the coal and steel industry.

Clinton said her coal plan, which she introduced in November, would be a type of “Marshall Plan,” comparing it to the $130 billion American initiative after World War II to help rebuild Western European economies.

The three major parts of her plan, she said, are to protect health and pension benefits of miners, focus on more scientific research to determine how coal can remain a fuel in the nation’s energy policy and provide more alternative jobs in coal country.

She later told reporters that a carbon tax was not part of her plan. 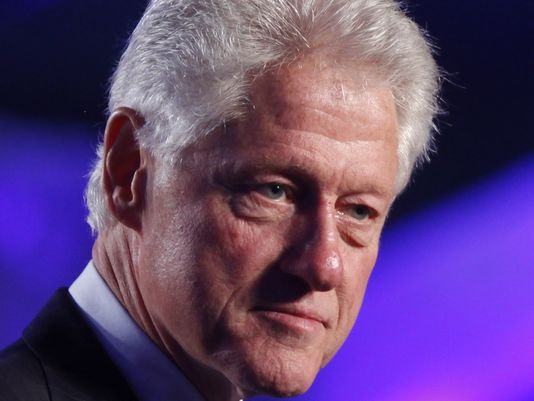 Clinton said she would bring her husband, former President Bill Clinton, out of retirement to handle the plan.

Bill Clinton, who is scheduled to make several appearances in the state Tuesday, carried Kentucky in both his presidential elections.

On another topic, Clinton said she supports the refinancing of student loans and suggested that student loan payments should be calculates as a percentage of a person’s income.

She noted that some people, such as herself, her husband and Donald Trump, could afford their student loans. That was her only mention of her ever-more-likely Republican presidential opponent in the November general election.

Clinton said she wants the public to hold her accountable for all her campaign pledges.

She arrived at the restaurant about 1 p.m., about 15 minutes late, but spent several minutes greeting people lined on the sidewalk across from the eatery that advertises itself on Facebook as “Where Italy Meets Appalachia.”

There were a few protestors, who shouted to her, “Go home.”

After the session, Clinton told reporters that “one of the good ideas” she heard was the creation of larger, broader enterprise zone areas for depressed areas of the country. Such zones offer tax breaks to encourage business investment and new jobs.

As she left the restaurant, Clinton noted that she “didn’t get any ‘Eye’-talian food.”

Owner Gregory Scott Miller said he would take care of that.

Clinton’s daughter, Chelsea Clinton, campaigned last Friday in Kentucky for her mother. Bill Clinton is to campaign for her Tuesday in Morehead, Lexington and Louisville.