Derby Week is special to all of Kentucky 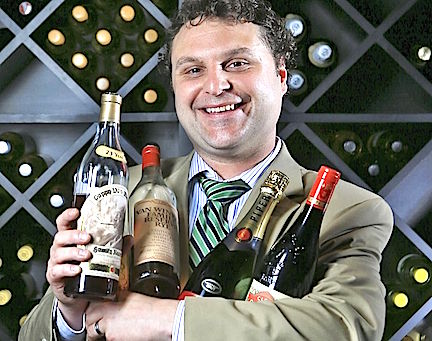 While the pageantry unfurls at  during Kentucky Derby week, Louisville’s finest restaurants brace for the rush back from the track.

Chefs feel glee. Big spenders will drop $75 for a pull of 23-year-old Pappy Van Winkle bourbon or $100 on a bottle of Chateauneuf du Pape red wine. Lobster claws and dry-aged steaks, quail eggs and grilled oysters star on the $125, per person menu, for example, at River House on Derby Day.

“It will be our biggest weekend of the year,” said T.J. Oakley, general manager of the downtown Bristol Bar & Grille. “It seems like the eyes always go to the highest price point, whether it is food, wine or spirits.”

But chefs also express dread at the approaching juggernaut of pomp, sin, gentility and sass.

“You are tired just thinking about it,” he said.

Tipsy guests want their food now. Most order a pour as soon as they sit down.

Derby diners “want to drink first, it’s a given,” Oakley said. During the day, “95 percent of people who walk in order a Bloody Mary. At night, we will do 250 pours of bourbon on Thursday, Friday and Saturday.”

Cancelled reservations are a nightmare. Some chefs cope by requiring advance deposits.

“The most important thing is to give them something to eat right away. It keeps them nice.”
Vincenzo Gabriele, Vincenzo’s

Reserving a seat at the new River House this time of year “is kind of like buying a theater ticket,” chef John Varanese said. “I take credit cards from everybody. There’s a $50 per person charge if they don’t show up.”

For sanity’s sake, chefs say they take the course with the refined and lean into the madness, catering to guests with eyes glazed from a long day at the track. To respond to emergencies, Galt House chef Jonathan Adams will sleep on a cot in his office instead of his bed in Prospect.

“After the Derby, people need food to sober them up and everybody wants to schmooze,” said Butchertown  chef Bobby Benjamin. “These people don’t want to sit down and eat an extravagant meal. They just want to have fun.”
Can you get a table?

After the Kentucky Derby, you don’t have a chance at a table at some restaurants like Vincenzo’s, the exclusive Italian enclave at Fifth and Market streets. The $125 prix fixe meal at Varanese is already sold out. You might line up at the Bristol Bar & Grille for when a reservation for 12 to 15 turns into a table for four after guests finally walk in the door.

Want a table after 7 p.m. on Derby day? Fuhgeddaboudit. That’s the height of the horde trampling back from Churchill Downs.

Chefs count themselves lucky when they escape the scramble and instead sell the entire restaurant to a private party. Next Tuesday and Thursday – Oaks night – the doors at Lilly’s Bistro close to the public for private affairs, chef Kathy Cary said.

Each night, a restaurant counts on revenue from turning all the tables at least twice. The corporate clients who reserved Lily’s for those nights paid all of that and negotiated a separate price for liquor served, she said.

“We charged them what we made on those nights last year. It’s a sweet deal,” Cary said of her controlled menu featuring lobster bisque, ceviche and lamb empanadas. “We would like to do that every year.”
What you’ll eat

Chefs know diners who’ve spent the day on their feet need something in their stomach.

That’s why a petite portion of premium pasta is laid before racing fans the moment they are seated at Vincenzo’s. Orecchiette pasta comes tossed with four cheeses alongside a serving of rigatoni with scallops and shrimp.

“The most important thing is to give them something to eat right away,” Gabriele said. “It keeps them nice.”

At Butchertown Grocery, chef Bobby Benjamin steers guests to gourmet stations for , charcuterie,  and champagne. From long experience at the Seelbach Hotel’s refined Oakroom, Benjamin knows guests are in no mood for a stately dining experience.

“It’s going to be fun, not a sit-down meal that’s going to drive you crazy. When I was at the Oakroom, we had women standing on the table,” Benjamin said. “If you’re going to stand on a table at the Oak Room, there’s no telling what you’ll do.”

Where celebrities appear, chaos ensues. That’s why most restaurants strictly forbid staff from taking photos and posting pics on social media. When Jennifer Lawrence popped into Butchertown Grocery recently, “we had security here, just to protect her,” Benjamin said.

Security at the Bristol Bar is a sheriff’s deputy who moonlights on the side. Butchertown Grocery’s protective force is a 6-foot, 6-inch guy known only as “Chuck.”

“There was a guy from New York for a table for three at 9:15 p.m. He walks in at 9:30 p.m. with a couple of beautiful young ladies, and I said he would have to wait,” Gabriele recounted.

“He looks at me and says `You don’t understand. I’m from New York, and I’ve never waited anywhere in my life.'”

That’s when Gabriele removed the velvet glove from his iron fist.

“I told him: ‘I’m Vincenzo. I’m from Palermo, Sicily and tonight you’re going to wait.'”