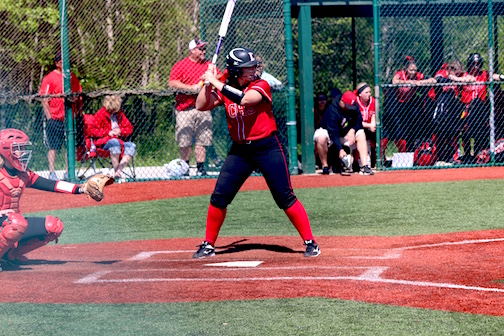 Phelps, Ky. — Lawrence Co. ( 15-8 ) completed 60th district play on Tuesday night finishing the year 6-0 and winning for the 14th straight time vs 60th district opponents by sweeping the Phelps Lady Hornets. LC will be the #1 seed in the upcoming District tournament and will be looking for back to back 60th district championships.

In the first game LC Sophomore Ciana Bowen tossed a no hitter and was only a misplay in the infield from throwing a perfect game. 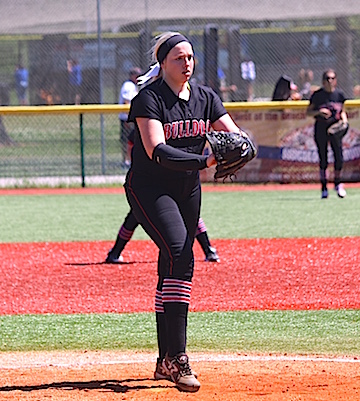 Bowen struck out 10 to pick up her 13th win of the year. On the offensive side the Lady Dawgs had 17 hits including Senior Ally Marcum hitting her first career home run and McKenzie Giompalo hitting her 6th home run of the season.

In the second game it was 8th grader Mackenzie Methax getting her first career victory in the circle in a lightning shortened game. Ciana Bowen had two hits to back the middle schooler at the plate.

Inez, Ky. —  On Monday night the Lady Dawgs made quick work of the Lady Cardinals in a mercy rule victory. Ciana Bowen was in the circle and kept the bats silent for Sheldon Clark.

“… Couldn’t be more thrilled for Ally Marcum, I think I was more excited then her.” She deserves everything that comes her way.” Ciana did a great job both nights keeping the hitters in check and McKenzie continued her hot hitting.”Always good to get the #1 seed in the district.”