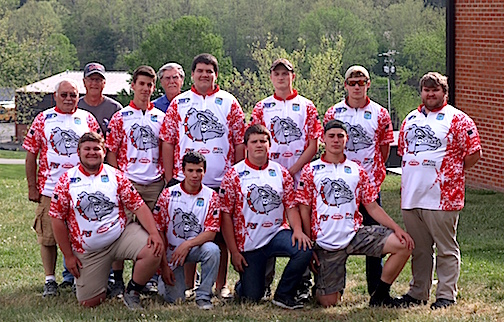 Morehead, Ky. — Over the weekend 57 boats hit the water at Cave Run Lake in the Region 4 KHSSA Bass fishing tournament. With only 16 spots qualifying for the state tournament, Lawrence Co. will occupy two of those spots after senior Micheal Skaggs and junior Conner May caught five fish weighing in at 8 pounds and 7 ounces to finish in 5th place. 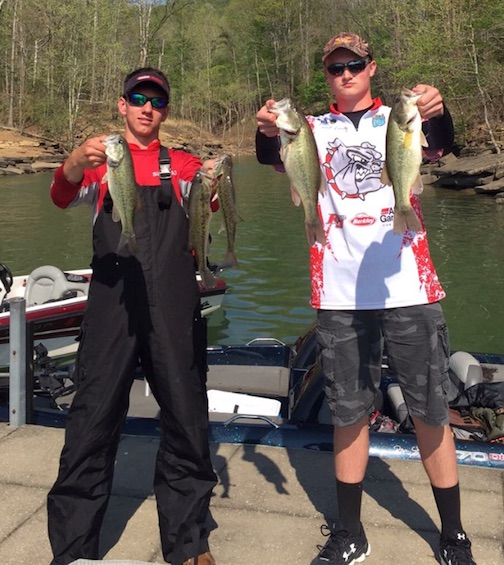 Eric Price and Noah West both freshmen caught five fish that weighed in at 6 pounds and 14 ounces to finish in 15th place. Both teams fished well and were mere ounces from moving up into better finishes. 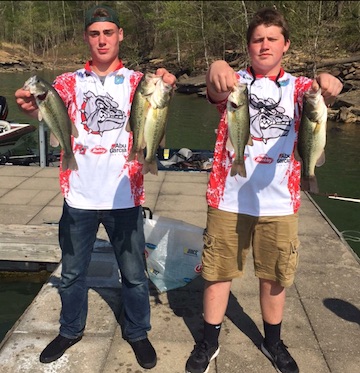 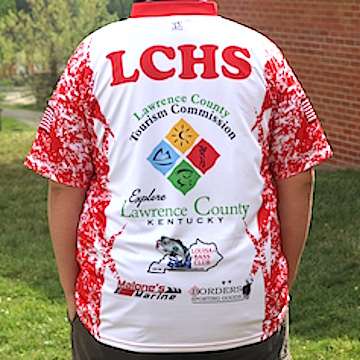 Both teams will head to Ky Lake to compete for a state championship on May 13th and 14th. Their will be 64 boats in the water.

Lawrence Co. sent four boats this year to the region 4 tournament. LCHS has only been competing for three years in bass fishing. In 2014 they had one boat and no qualifiers, in 2015 two boats with one qualifying for state. 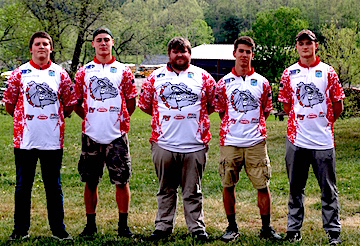 “…I’m so proud of the group of gentlemen that have joined the team this year. We have a wide variety of students from all different backgrounds. But the one thing they all have in common is their love of fishing.

I’ve said it before, this high school sport may seem odd to some, but this team puts just as much dedication into this sport as any other. I’m thankful to have community members willing to help work and support the team. My boat captains, the Louisa Bass Club, Malone’s Marine, Border’s Sporting Goods, the Lawrence County Tourism board, and our national sponsor Pure Fishing (Abu Garcia, Berkley, and others) give their all in helping this team.

I’m especially thankful to Athletic Director Travis Feltner, LCHS Principal Christy Moore, the LC Board of Education, and Dr. Fletcher. I’ve been quoted in national webcasts of the Bassmaster High School National Championship weigh-in that there are schools and school boards that could take a lesson from how Lawrence County has allowed this program to become established.

When the program first started, it was a new endeavor and it took many months of informing the administration of the prospects of establishing this sport. I’m glad our district was willing to learn and be open to allowing this to happen, all we needed was a chance to shine.

Members of the community, such as Gary Nelson and Melvin Lawhorn, spoke on the teams behalf at LC board of education meetings to help start this team. If it was not for the community support, I do not believe we would be in the position we are today.”

“… Good feeling to qualify in your senior year, really wanted to do well because it is my last time.” You could feel the tension at blast off, it was nerve racking until we got out on the lake and then it was just like fishing with my grandpa ( Dexter Maynard ) all those years growing up.” We had our limit early on and knew we were going to qualify, we were trying to upgrade and we just couldn’t get on a big fish, 5th place is nice but we really wanted to win.” Had a blast with all my teammates, been a fun year but we are not done, aiming for a state championship for Lawrence Co.” I want to thank the coaches and the volunteers.”

“… It was a great felling when we weighed in and qualified for state.” Nerve racking when we first blasted off but after that it was just fishing and you can’t get caught up too much.” Last year we fished KBN and and the lake was up 35 feet and we didn’t do well, so this year on the FLW so we got to fish in both tournaments.” Finishing top 5 is great out of 57 boats.” Growing up fishing didn’t really know much about competitive fishing until the 8th grade and then when I got to high school Micheal started the team and it just took off from there.” I want to thank all of my teammates been a blast so far, also want to thank our coaches and volunteers.”

“… We thought we would do pretty good, because we had done a lot of research on Cave Run lake and we felt pretty confident, but we were really surprised when we qualified.” That morning felt like walking out for a football game, excited, a little nervous but happy to be there.” A lot of people put in a lot of work to make this possible and it is a honor to fish and represent Lawrence Co. High school.” I just want to thank all of our coaches and volunteers for all of the help this year.”

“… Great program here, I loved fishing growing up and didn’t really know much about the bass fishing team until we got to high school and it has been really fun and to qualify in my freshman year is great.” A lot of the same emotions as a football game when we first got out on the lake you could tell it was a big deal.” Everything was different, had a great time and definitely a learning experience.” Always been told the hardest to get in the boat are the first and the fifth, once we got the first one we calmed down and really started looking for size.” Great teammates, coaches and volunteers been a great year so far.”

All the team members wanted to send a big thank you to Paul Arnette and Glenn Rowe for always being there for them if they needed anything. 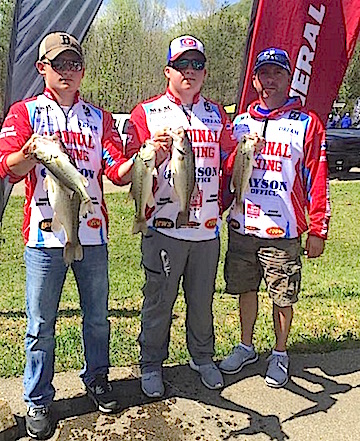 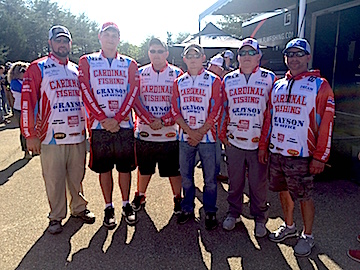 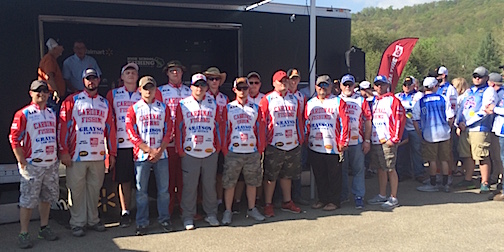