Lady Dawgs take four out of five, lock up #1 seed in district tourney

DAWGS #1 IN DISTRICT HEADING FOR TOURNAMENT 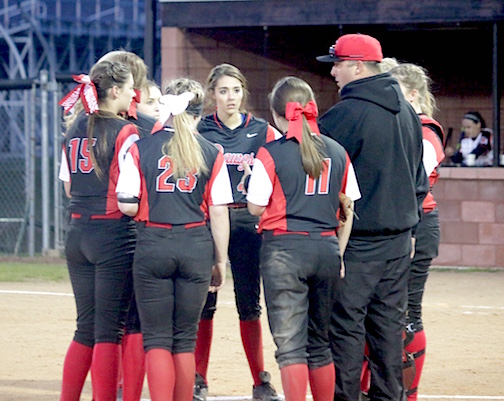 The Lawrence Co. Bulldogs will be the #1 seed in the upcoming 60th district softball tournament as they look for back to back championships. The Lady Dawgs ( 12-8 ) have won two in a row and four out of five over the past week. McKenzie Giompalo has provided the power and Ciana Bowen is mowing opposing hitters down one by one. 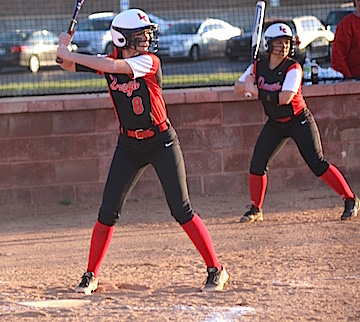 Lady Dawg senior centerfielder McKenzie Giompalo continued her power hitting display as she belted two more home runs on the night to give her four on the year. Ciana Bowen was in the circle and picked up another win.

The Lady Dawgs took care of another 60th district team with the home victory. Ciana Bowen was in the circle for LC as the Lady Dawgs beat the Lady Hawks for the second time this year. McKenzie Giompalo crushed another homerun this time over the left field fence and into the parking lot.  Lawrence Co. struggled a little bit in this one after beating PCC 17-0 the first time.

The Lady Dawgs fell behind 6-0 before mounting a comeback against former district rival in the road. Ciana Bowen, McKenzie Giompalo, and Ally Marcum had hits in this one. Haleigh Peck started in the circle and went four innings, Mackenzie Methex relieved Peck the last two innings.

The Lady Dawgs wrapped up the #1 seed in the 60th district with the road victory of the Lady Pirates. Ciana Bowen struck out 16 hitters to claim another pitching win. Abby Fletcher, Bowen, McKenzie Giompalo  and Addy Frazier had hits in the victory. The Lady Dawgs improved to 4-0 in district play.

The Lady Dawgs traveled to Johnson Co. and came away with a victory over former 57th district rival Paintsville in the process. LC pounded out ten hits lead by senior Layken Chapman with two hits and two RBI’s, Keyeraha Bowen had one hit and two RBI’s, Haleigh Peck, Addy Frazier, Ciana Bowen, and Ally Marcum all had at least one hit in the victory. Bowen had 10 strikeouts in the circle to pickup the win.

“… The team is starting to grasp what we need to do, the hitting has really picked up.” We have played a cleaner game over the past week and Giompalo is really on a tear right now.” Bowens had struck out 34 batters over her last three starts.” We have played 20 games with and have made some real progress, 16 left until district we will be ready.” We play Pikeville tonight in another road game they are one of four teams that can win the region, we will have to play clean to win.”