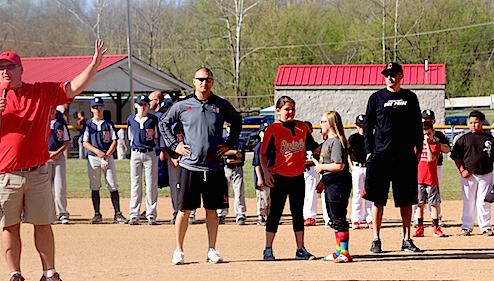 Louisa, Ky. —  The start of baseball/softball season is always exciting but opening day for the Cal Ripken league in Louisa this year was really something to see. The weather was absolutely beautiful to kickoff the season. Not sure I have seen that many people at that ballpark in a long time. 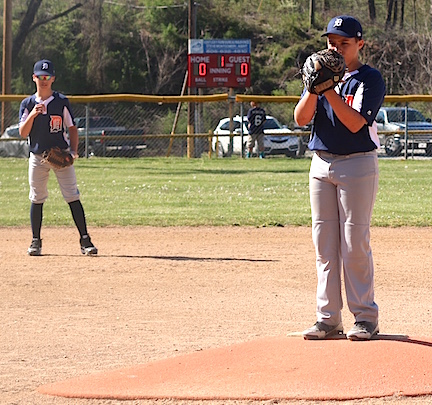 Around 1,000 people visited Stella Moore on Saturday to watch 14 games on three different fields. The league also had free fun inflatables set up for the kids of all ages throughout the day.

Opening ceremonies began at 9:30 on Saturday morning at the Major League field as everyone gathered around along with teams from T-Ball, Minor League and Major League as Lawrence Co. Superintendent Dr. Robbie Fletcher led

The league has around 350 kids from ages 4-15 on 29 different teams that are sponsored by local businesses. It has really grown the last three years. 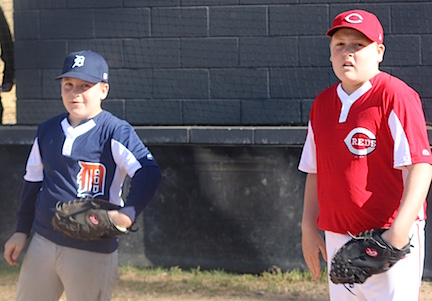 “…What a great day and we couldn’t have asked for better weather, all the kids out here running around smiling is what it is about. This is my third year and this is the most we have ever signed up, it is really growing, the volunteers from my first year until now is the biggest difference, the parents have really stepped up. We have upgraded our facilities each year to make it look good, a lot of hard work and we are not done yet.” It’s all about the kids and it always will be.”