Governor Matt Bevin yesterday signed a significant bill designed to help Kentucky students and their parents who are struggling to pay for college. The House and Senate passed the ‘Work Ready Kentucky’ law that will allow state students to attend public or independent state schools who offer associate degrees –  tuition free. Local community colleges including ACTC and BSTCC have been working on creating programs that will train students for high tech jobs such as coding and other skill based degrees in computer driven technology.

“I am anxious to see the details of the state budget being enacted today,”  said Dr. Kay Adkins, Ashland Community and Technical College President and CEO. “I appreciate the state’s investment in helping students attend postsecondary education. Once we see the complete bill, we will be able to determine how it might impact our students.” 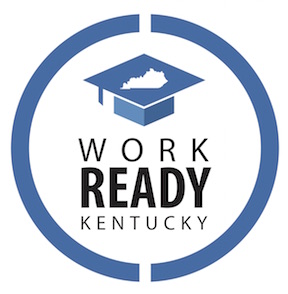 The new state budget includes $25 million over the biennium for the House’s “Work Ready Kentucky” scholarship program. This will be used to cover remaining tuition costs high school graduates may have if they attend a public or independent college or university the following fall that offers associate degrees.  This is the “last dollar in,” because the amount will depend on how many other scholarships and grants a student receives.

Requirements include maintaining a 2.5 GPA in college and 15-hour course loads.  They will also be eligible for the scholarship during four out of six semesters, and if they drop out during a semester, they will have to pay back that semester’s scholarship.

The budget also expands a separate dual-credit program high school students use to earn college credit.  This will help many schools that otherwise cannot pay this cost.

· There is more than $1.2 billion in new money for the retirement systems for teachers and state employees. This will be paid in part from 9 percent cuts to many state agencies and from an estimated $900 million in new dollars over the biennium.

· There will be $125 million in a new permanent pension fund for future costs. The governor had requested $500 million initially, but the House believes more should be used this cycle to go directly into the retirement systems. The budget also calls for a performance-based audit of the two retirement systems.

The House was successful in exempting all K-12 programs from any cuts, including family resource and youth services centers, textbooks, and professional development. Note: SEEK, Medicaid, criminal justice and veterans programs are exempt as well from the 9 percent cuts.

The House was successful in raising preschool eligibility to 200 percent of the federal poverty level. A new grant program will also allow a school district to send a teacher to a private daycare to teach preschool.

The House was successful in maintaining the “Powerball Promise” by returning virtually all state lottery proceeds to KEES scholarships and CAP/KTG programs.

This budget provides $93 million for urgent-needs schools, to reduce the number of old and dilapidated facilities our students and staffs now use.

· The budget cuts higher education by 4.5 percent, which is half of the 9 percent cuts the governor and the Senate wanted. The budget does not address current-year cuts to universities, which are being litigated by Attorney General Beshear.

· Kentucky State University is not involved in the cuts, due to its budget crisis.

· The budget also sets up a framework to implement performance-based funding for Kentucky’s public colleges and universities.

· There will be more General Fund dollars returning to coal counties. The House goal is to eventually return 100 percent of coal-severance dollars to them.

· $100 million in bonds will be issued for facilities designed to help Kentucky’s skilled workforce. No more than 25 percent can go into a single congressional district.

· Kentucky State Parks will receive money for life-safety projects, to make repairs that could cause injury if not fixed.

· $2 million over the biennium will be used to build and improve local libraries.

* The Judicial Branch will have funding as the chief justice requested.

· Constitutional offices will be cut by 3.375 percent.

· The budget provides more money for heroin and drug treatment.

· The budget calls for state mine-safety inspections to mirror the number of federal inspections, as the House proposed.

· The budget does not limit prevailing wage.