Victim is in critical condition at Cabell-Huntington Med Center 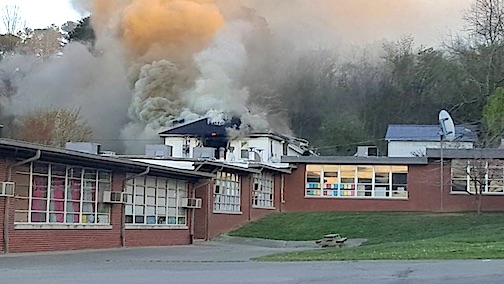 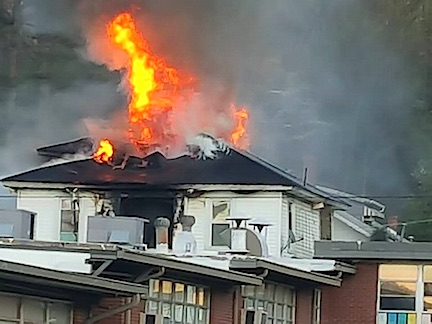 A Louisa man was airlifted to Cabell-Huntington Med Center in Huntington, West Virginia hospital with serious burn injuries Tuesday night after an explosion inside a home along Boone Street, just a few yards from the Louisa Lower Elementary School, according to Louisa firefighters at the scene.

The explosion led to a large fire, which engulfed and gutted the entire inside of the home.

A WSAZ.com report said the explosion was caused by a gas line taken loose from an upstairs wall heater. The valve was switched to the “on” position.

Investigators are still trying to determine what exactly caused the explosion to spark.

The Kentucky State Fire Marshal is also conducting an investigation.

The victim of the explosion, Donald R. Quiring, who is the owner of the home, was treated by Net Care Ambulance and transported to Three Rivers Medical Center, where he was flown out by air ambulance helicopter to a trauma hospital center in Huntington, West Virginia via Air Evac Lifeteam 116, based in Inez, Kentucky.

According to a spokesperson at Cabell-Huntington, Quiring, 47,  suffered second and third degree burns over half his body, along with possible shrapnel wounds and internal injuries from the blast pressure from the explosion. He is listed in critical condition, the spokesperson said.

Quiring’s brother, Kevin Quiring of Bradshaw, Nebraska said this morning that Donald Quiring is separated and is a former military serviceman. He has been working as a truck driver in recent years, Kevin Quiring said.

Investigators are still trying to determine what exactly caused the explosion to spark. 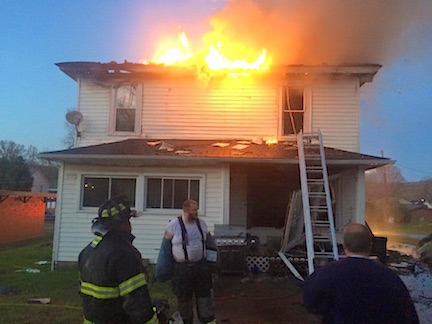