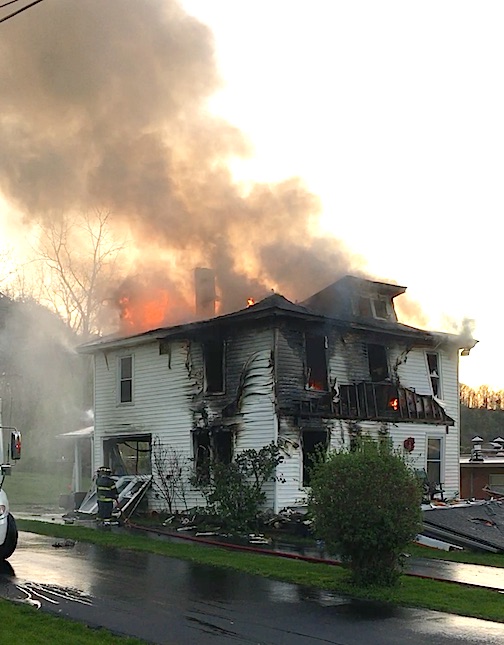 CLICK THE PHOTO FOR VIDEO OF LOUISA FIREFIGHTERS IN ACTION 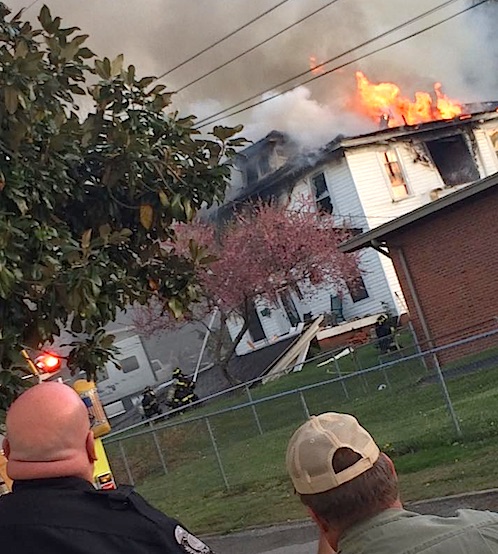 Louisa Fire and Rescue departments are still on the scene of a major explosion and fire at a home at 312 S. Boone St. in Louisa. near Louisa West Elementary School. The explosion is suspected to have been caused by a natural gas leak and the lighting of a cigarette but that information could not be confirmed tonight.

The blast occurred around 7:20 P.M. Tuesday evening, with reports of at least one person said to have been injured.

Homeowner Donald R. Quiring, 47, is said to have significant burns on his arms and other parts of his body, Louisa Fire Chief Eddie Preston told HealthNet on the radio. A relative described Quiring as a white male, 6′ tall and 218 pounds.

The victim was flown to an area burn unit but there is no word on his condition tonight. 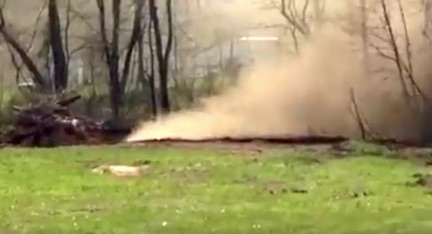 CLICK ON PICTURE FOR VIDEO BY LAWRENCE CO. EMS

The Boone Street explosion fire is the second major emergency in the local area for today, with a major gas leaking also occurring after a construction accident in Fallsburg early in the afternoon near the Haunted House that caused Route 3 and the surrounding roadways in that area to be closed for two hours and also resulted in a shelter in place for people living in the area.

The Levisa Lazer will provide further updates on both events as more information can be gathered. 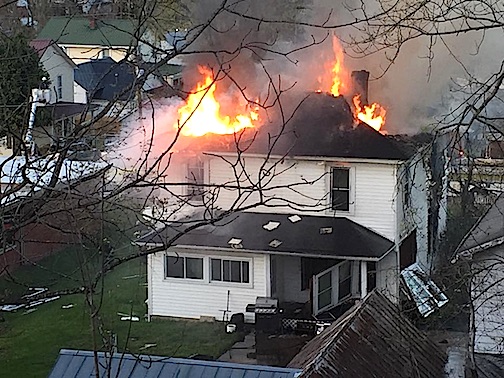