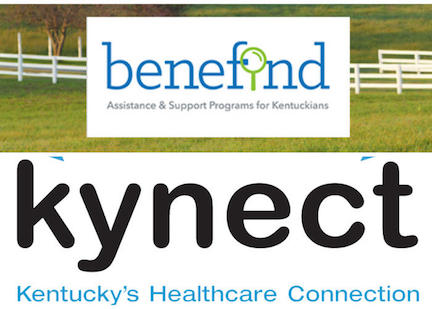 By Deborah Yetter
The Courier-Journal

An advocacy group claims that despite efforts by Gov. Matt Bevin’s administration to fix widespread problems with Kentucky’s new public benefit system, massive disruption continues for “tens of thousands of Kentuckians” in vital services such as Medicaid health coverage and food stamps.

“Our fellow Kentuckians now find themselves in desperate, life-altering situations,” said the five-page statement from Keep Kentucky Covered, a coalition of advocacy and public interest organizations. It says more than 50,000 Kentuckians have been affected so far under the Feb. 29 launch of the new system known as Benefind.

The statement comes as people continue to report infuriating problems such as abrupt cancellation of benefits, hours-long waits on the phone or at state benefit offices, and repeated rejections from the computerized system supposed to provide a one-stop shop for public benefits.

Elderly and disabled people, sick children and even refugee survivors of torture have been cut off essential benefits, according to reports from individuals and advocates.

“I don’t mean to be greedy,” said Gayle Downs, 69, a retiree from Jeffersontown who said she’s been trying for more than two months to get food stamps to which she’s entitled. “It just seems an affront to those of us who are trying to make it.”

Bevin and top officials with the Cabinet for Health and Family Services held a news conference last week to try to explain problems with the Benefind system started under the administration of former Gov. Steve Beshear. They said they are working to fix the system, which Bevin said “has not worked as anticipated.”

An official with Deloitte Consulting, which developed the $101 million system for the state, said it was thoroughly tested but unexpected problems arose after it was launched.

People who work with Benefind on a daily basis said the problems continue, with new ones arising even as old ones are fixed.

“It has been a total disaster,” said Jennifer Jackson, who works in Clay County in Eastern Kentucky helping people sign up for health coverage. 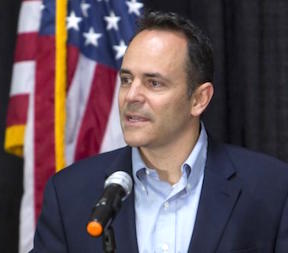 One client with a brain tumor had Medicaid coverage canceled, she said. An impoverished and disabled grandmother raising young grandchildren has been cut off assistance, including food stamps and Medicaid for the past month.

“She’s been to the food stamp office every day, on oxygen, crying and begging them to help her, ” Jackson said.

State workers, bewildered by the complicated new Benefind system, find themselves obstructed from helping many clients by errors, glitches and programming flaws, said Jackson, who has gone to the Clay County state benefit office with some clients seeking help.

“It was packed, with people standing at the door,” she said. “People were cussing and hollering. I’ve never seen anything like it.”

Refugees in Kentucky, who are legal residents and entitled to public benefits while they get settled and find jobs, have been cut off or find applications blocked despite hours of efforts by case workers, said Rebecca Jordan, a Kentucky state refugee coordinator.

Jordan sent an eight-page letter to Bevin on Tuesday detailing the problems that have “jeopardized the health and stability of an already vulnerable population.” It prompted a quick response from state human service officials who said they are working to fix the problems, Jordan said.

“Hopefully, we will start to see some improvements,” she said.

The affected refugees include survivors of torture who get services through a nonprofit treatment program in Louisville, said Dr. Sarah Acland, a psychiatrist who works with them. Since Feb. 29, a steady procession of clients have shown up, bewildered by the sudden loss of benefits, she said.

Many need regular health care and medication for physical or psychological damage.

“These people have survived unimaginable horrors,” Acland said. “This is just a system they find difficult to navigate.”

Kendel Arthur, who works in Eastern Kentucky helping people get health coverage, said she has spent “outrageously long hours” on hold with the state, trying to help families who’ve been cut off coverage.

“It’s really frustrating to tell parents with sick kids that the system has errors in it, just be patient,” she said.

While the state claims that many of the thousands of letters notifying people of loss of coverage are in error, Beauregard said that doesn’t help people who have been cut off or fear being cut off because of new demands, such as providing proof of income or citizenship the state already has.

Some people have received letters telling them they owe the state money for benefits that have been cut off, demanding payment, she said.

“Imagine the stress that is causing low-income individuals, the elderly and the disabled,” she said. “They’ve lost their benefits and now owe money back to the state they don’t have.”

Beauregard’s group says one of its chief concerns is Bevin’s plans to dismantle kynect, Kentucky’s nationally recognized health insurance exchange, by the end of this year in the midst of widespread disruption caused by Benefind.

Benefind was designed to work with kynect, launched by Beshear under the Affordable Care Act for Kentuckians to shop for private health coverage or enroll in Medicaid if they qualify as low-income.

But Bevin plans to transition Kentuckians to the federal healthcare.gov site to shop for private insurance plans and use Benefind as the primary means for people to enroll in Medicaid.

But given the startup problems with Benefind, the group questions whether the state can meet federal mandates to continue coverage for Kentuckians and provide a “seamless transition,” the group said.

Already, some 500 “kynectors” around the state, trained to help people access health coverage through kynect, have been largely shut out of the new system, unable to help clients, the group said.

“The bottom line is that Benefind was never built to replace kynect,” the statement said.

While Bevin administration officials claim kynectors should have access to the benefit system, in reality they don’t, the group’s statement said. Meanwhile, people have disappeared from the kynect system and workers can’t locate any record of their health coverage, it said.

Jackson, the Clay County worker, said she was trained as a kynector but has been helpless to aid clients who need coverage through kynect or had already obtained it but have been canceled. She was even unable to help one client trying to buy a private health plan through the exchange, she said.

“The system wouldn’t let me submit an application,” she said.

Beauregard said she doesn’t know how the state will correct the seemingly massive number of problems with peoples’ benefits.

“I think it will take a very long time to deal with a backlog of cases,” she said. “The repercussions are causing harm now.”

IN KENTUCKY THE FISH ARE BITING ALL OVER THE STATE