LC BURNS IT UP AT THE BEACH FOR SPRING TRAINING

LAZER REPORT FROM THE BEACH BY BO BRUMFIELD 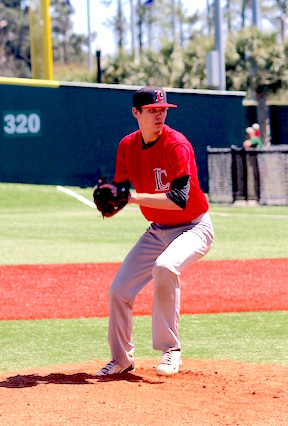 Myrtle Beach, SC —    Lawrence Co. ( 10-4 ) was one bad inning away from going undefeated in South Carolina over the past week.

The Dawgs went 4-1 on spring break after beating Russell Co. on Friday morning 6-1 behind another good effort on the mound by Andrew Wheeler who went 2-0 during the week.

Jarrett Fairchild had a two RBI base hit in the first inning and Austin Bailey had an inside the park home run in the victory.

The Dawgs played well all week and gained some valuable experience as they battled injury and having to move a few players to different positions throughout the trip.

On Thursday afternoon the Dawgs battled back to score a come from behind victory in the last inning. Brock Turner started for LC and only gave up two runs in five innings on the mound. Zach Keesee came in and pitched well for his first time on the hill this year.

“… Really good week for us, seen some different things that will help us down the road.” We had to shuffle some things around after a injury to a guy that had been really playing well for us.” Got good pitching and some timely hitting, I thought our guys battled and really answered the bell a couple times during our trip.”

Lady Dawgs 3-1 at the Beach 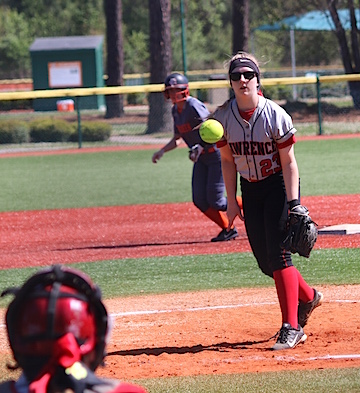 Myrtle Beach,  After a 6-3 win over Chateaugay, New York on Friday morning Lawrence Co. ( 8-6 ) completed the Cal Ripken experience with a record of 3-1, the most wins in school history on a spring break trip.

The Lady Dawgs had two come from behind victories to start the week and that set the tone for the beach trip.

Coaches and parents alike said it was a great experience for the kids from Lawrence Co. to play at a complex like the Cal Ripken and play teams that they wouldn’t normally play.

Also the trip was the first time for some of them to be this far away from home and really bond with their teammates and make memories that will last a lifetime.

Ciana Bowen went 3-0 in the circle for Lawrence Co. as she threw 22 innings and struck out 32 hitters during the week.

“… Most wins we have ever had on a spring break trip, had different players step up during the week and that is always a good sign.” Ciana pitched week and carried us on the mound, Abby McKenzie and Ally all had huge hits.” Was a good week for us for the most part, we had a few lapses in the field but  hopefully we have turned the corner.” Doesn’t get any easier when we get back.”