House Democrats are firing back at what they call a misleading video posted to Gov. Matt Bevin’s official Facebook page Monday criticizing House Democrats and Speaker Greg Stumbo for not presenting a budget yet in the 2016 Legislative session.

With the governor.ky.gov title on the video, Bevin acted as if viewers needed to be quiet as he stepped into the House chambers.

“It is 11 o’clock on a Monday. There is nobody in here…There’s not a soul in here except me. What are people doing?” Bevin asked. “You are paying all of these people to work.”

Neither the Senate nor House convene until 2 p.m. or 4 p.m. during the week except for 9 a.m. on Fridays, Bevin omitted the information from viewers.

House Representative Rick Rand (D-Bedford), who chairs the House Appropriations and Revenue Committee, told The State Journal the House was still on schedule saying The House typically has a budget ready by the middle of March.

“Either Gov. Matt Bevin doesn’t know how the process works, or he was trying to distort the truth and mislead people with his video today on social media,” said Overly.

“While Gov. Bevin was trying to be the star of his own phony reality show at the wrong place, House lawmakers were heading to work in the Capitol Annex, where committee meetings happen every day during session.”

Bevins accuses House of ‘not working’ or ‘being productive’ 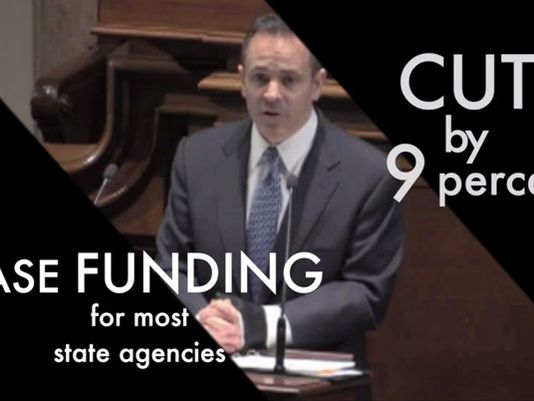