Lawrence Co. advances to region semifinals with win over Pikeville

Bulldogs advance to region semifinals with win over Pikeville

Will face Magoffin Co. Monday night in second round 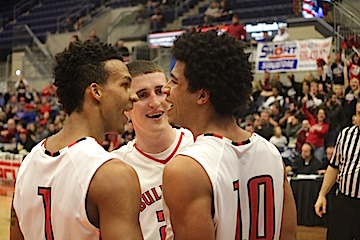 Pikeville, Ky. —  Robert Dalton, Brandon Richardson and Timmy Dalton combined for 59 points and 21 rebounds to lead Lawrence Co. ( 27-4 ) to a 77-64 victory over Pikeville ( 17-16 ) in the 1st round of the 15th region tournament on Saturday night at Pikeville’s Expo Center.

The game was reschuduled because of an unexpected snow storm Friday aht stalled schools throughout the Big Sandy Region.

The Dawgs raced out to a 12-2 lead and had the Panthers rattled, LC led 16-8 after one quarter. Pikeville made a little run to start the 2nd quarter but Lawrence Co. seized the monument behind good defense and rebounding and led 32-21 going to the break. 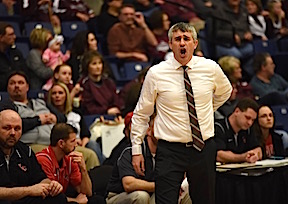 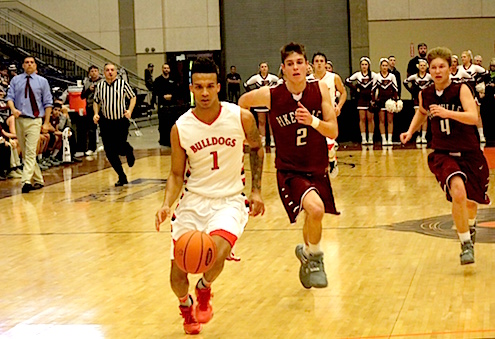 Lawrence Co. will move into the semifinals on Monday Night at 8:30 and face Magoffin Co. who took care of South Floyd 61-57 in the early game.

Johnson Central will face East Ridge in the first semifinal at 7:00.

” The kids were hyped up and ready to play it had been 9 days and we weren’t used to that, this kids are so unique and play so hard.” Give Pikeville a ton of credit they had a good game plan, Bart Williams does a great job.” Survive and advance to play Magoffin on Monday they are playing really well right it will be a challenge for us.”

” The snow kinda put us out of sync, we were so ready to play on Thursday.” Total team effort to get the win, we are so balanced you never know who will score.” Survive and advance is the name of the game.” 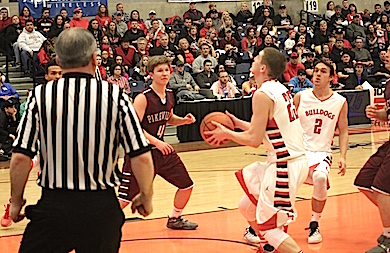