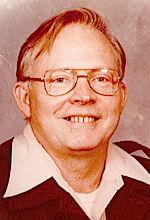 Rothert was born Nov. 22, 1929 at Blaine, KY the son of the late Minyard and Buelah Williams Salyer. He was a United States Army Veteran and a retired Electronic Technician with the United States Postal Service. In addition to his parents he was preceded in death by two brothers Marcus and Marvin Salyer and sister Madeline VanCulin.

Funeral services will be held on Friday March 4th at 1:00 pm at the Wilson Funeral Home with Rev. Doug Kelly officiating. Burial will follow in the Yatesville Memorial Gardens Louisa, KY.

Friends may visit the family on Friday from 11:00 am until time of services at 1:00 pm at the Wilson Funeral Home.