FRANKFORT, Ky. – KentuckyWired beat out seven other regional winners in being named The Bond Buyer’s 2015 ‘Deal of the Year’ last night at an awards ceremony in New York City.  The Kentucky Economic Development Authority earned the award in recognition of its $232 million tax-exempt bond transaction for construction of the 3,200-plus mile broadband project.

“I am tremendously excited about this award, as it puts us in great company across the country,” said Gov. Steve Beshear.  “This award is one more example of Kentucky’s innovative and forward-thinking strategy to fund one of the largest and most significant infrastructure projects in our state’s history. As the largest public-private partnership in the nation for public technology, KentuckyWired will bring broadband connectivity to every county in the Commonwealth.” 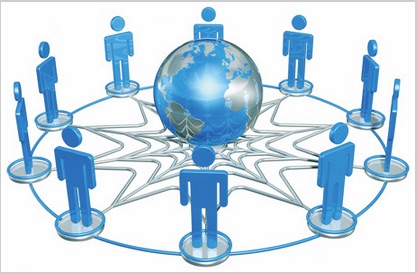 “Nominees this year faced stiff competition from many eminently qualified deals,” said Michael Scarchilli, editor in chief of The Bond Buyer. “We chose the finalists for innovation, the ability to pull complex transactions together under challenging conditions, the ability to serve as a model for other financings and the public purpose for which a deal’s proceeds were used.”

KentuckyWired is the fiber optic infrastructure to bring high-speed Internet service across the state, which currently ranks at or near the bottom of the country in broadband speeds and availability. There will be access points in every county with nearly 1,100 government facilities connected to the network. Because the network is open access, local internet service providers can tap into the network to deliver last-mile service to homes and businesses.

“It has been a privilege for our team to work on the KentuckyWired project and I appreciate all the long hours and innovative thinking they brought to the table,” said Finance and Administration Cabinet Secretary Lori H. Flanery. “We have broken new ground, both literally and figuratively, with this public-private partnership with Macquarie Capital and their consortium partners.”

Kentucky was in prestigious company and in strong competition for Deal of the Year.  Other regional winners that vied for the top award included:

“Macquarie Capital and its partners are extremely proud to be a part of the KentuckyWired project,” said Nicholas Hann, senior managing director and co-head of North American PPPs at Macquarie. “This innovative, open access network positions Kentucky to provide the best high-speed internet services to homes and businesses while increasing the state’s capacity for long-term economic growth. We firmly believe that the public-private partnership model is well-established and enables projects like KentuckyWired to be completed on an accelerated timetable while transferring risk to the private sector.”

Deal of the Year Awards represent the full diversity of the communities and public purposes that are served by the municipal finance market, from the largest to the smallest deals. The awards were open to transactions that closed between Oct. 1, 2014 and Sept. 25, 2015. Kentucky’s transaction closed on Sept. 3, 2015 and was well received in the marketplace.

Short videos of all award winners are available online at http://www.bondbuyer.com/special-reports/the-bond-buyers-14th-annual-deal-of-the-year-awards-1088267-1.html.