Louisa, KY- Joey Cecil enters his 5th year as Head Coach of the Lawrence County Bulldogs and he is looking for big things this year and for his team to get to the next level.

LC will open tonight vs Boyd Co. at home in the Dawg Pound at 7:30.

The veteran Dawgs begin the season with a ton of talent from last year’s 9-4 team, including starting quarterback, senior Grant Kiser. Kiser threw for 1,409 yards, 18 touchdowns with 10 interceptions while rushing for 1,047 yards and 11 touchdowns last season.

He should be protected well up front by four seniors, Josh Ratliff, Alex Endicott, Austin Ross, and Zach Triplett and plenty of skill players around him like “Do It All” junior Timmy Dalton who averaged over 23 yards per catch last year.

Senior tight end Luke Schaffer who led the team with 7 touchdowns, fullback Cole Mosley who had 788 rushing yards and 11 Touchdowns also return as weapons for Kiser.

On Defense Lawrence Co. looks to improve as they gave up over 25 points per game in 2014. Junior Jacob Wellman and Senior Zach Keesee will lead along with seniors Dylan Simpkins, Brandon Richardson,  Blayne Brewer, and Morgan Miller along with juniors Dalton, Avery Bowman, and sophomore Trey Dotson.

LC will open tonight vs Boyd Co. at home in the Dawg Pound at 7:30. The Dawgs won on the road last year 47-25 and lead the all time series 2-1. I have the Dawgs finishing 8-2 and 2-1 in KHSAA District 6. You can listen to the game live on radio 92.3 with Donnie Shapaka and Matt Murray calling the game HERE.

“…I like where we are at I like our experience and leadership from our Seniors,” Head Coach Joey Cecil said. Pushing them to become better then we were in the past.”

“Not going to lie, our focus and goals are to win a District Championship. Become the best team the best teammates. Our theme this year is We is better than Me.

Got in a bunch of work at Betsy Layne all of our kids got quality work and we got to watch it on film, see how we have improved and trying to get better each week.

“Boyd Co.’… second season running the spread offense, much more comfortable this year. They moved their best running back to quarterback, Tanner Edmonds and he is physical and runs hard, he can throw it as well. They have a couple tough running backs in Christian Braly and Brandon Burroughs they all look similar. Big offensive line.

On Defense they bring a lot of heat and run a even front. I expect them to come in ready to play and jacked up.” 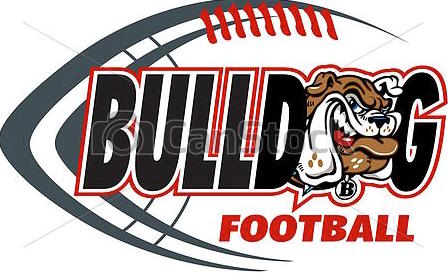